There's another big game at the stadium this afternoon. A crowd of 54,000 is expected to attend the football match between Fremantle and Collingwood. Access by car is restricted so trains and buses will be the predominant mode of transport. Cycling is a good option if you live close enough, but for many people living further away or in areas without good connections to public transport the combination of bike-plus-car is a realistic option. My last post described a cycling route from Rivervale to the stadium. That one is a good option in daylight hours but the river path is not lit and would be a bit creepy in the dark. 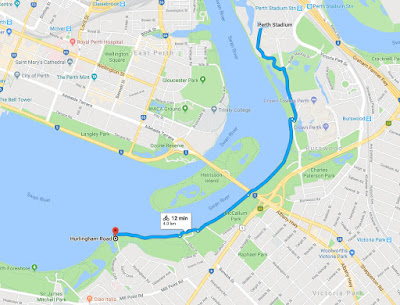 This route from Hurlingham Road, South Perth is a good option at any time of the day or night. Easy car parking and a four kilometre ride along separated paths. This route is suitable for all ages and abilities.

Use the car park at the river end of Hurlingham Road. There are toilets here and there's a new coffee van that is open from dawn to sunset, every day of the week. 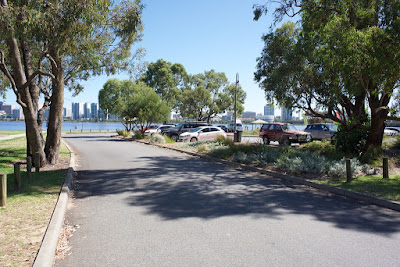 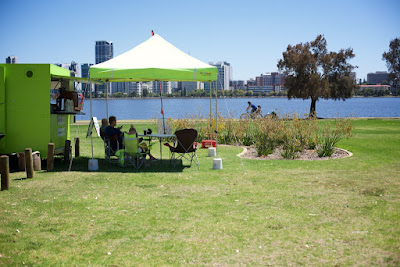 If the car park is full. Go back one block and park on the northern side of Ranelagh Crescent. 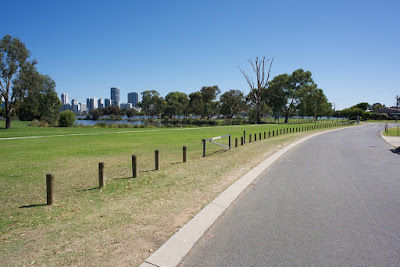 There is a shared path from Ranelagh Crescent that joins with the riverside paths. 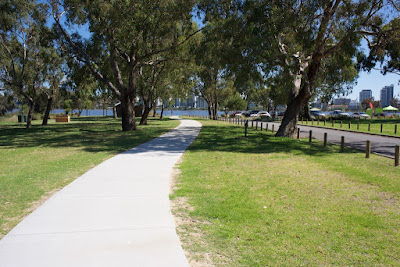 Turn right at the river and travel along the cycle path. The stadium is an easy four kilometres without hills. 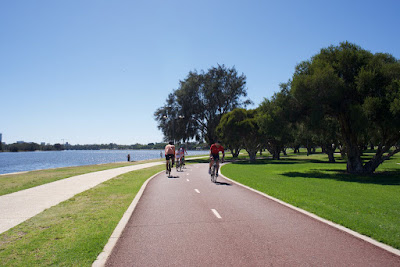 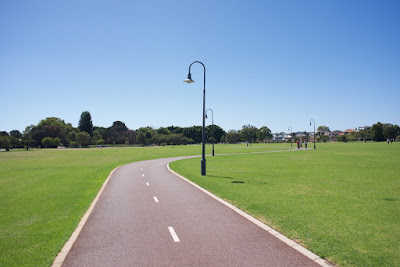 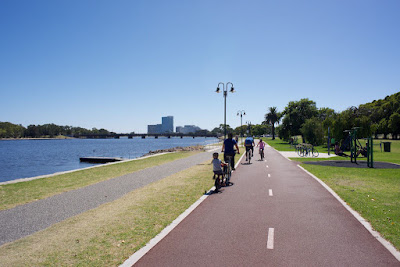 These are great quality paths. It's one of the few places in Western Australia where cycling is separated from pedestrians. 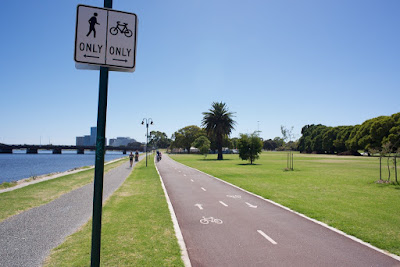 The Embargo Bar is currently in McCallum Park for the next couple of months. You can stop here before or after the game. 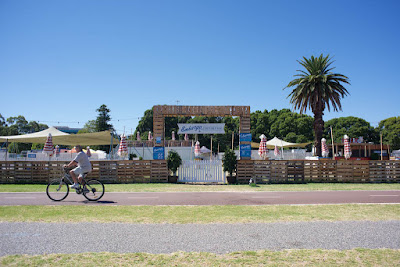 The path travels through this tunnel under the Causeway. 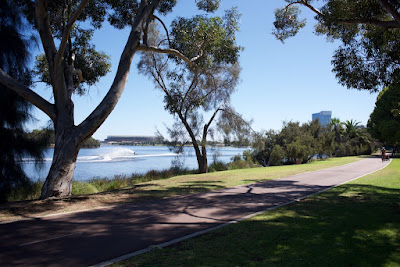 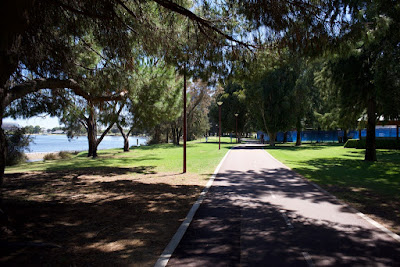 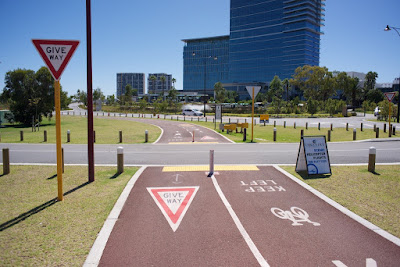 The most direct path is current blocked off but there is an alternative path on the western side of the lake. 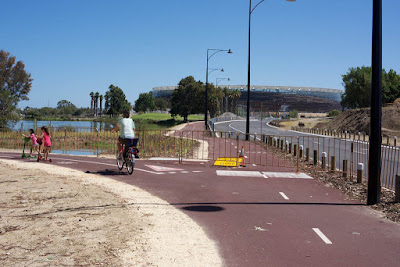 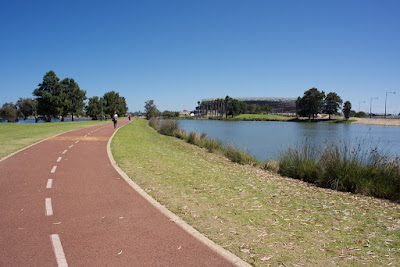 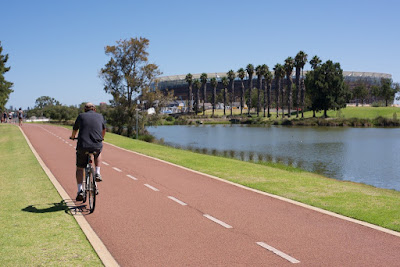 There are multiple parking racks around the stadium. 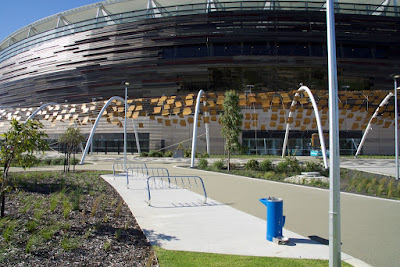 If you return after dark the route is lit for about 90% of the journey. 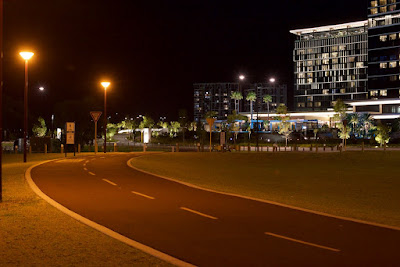 Stadium management are using mobile lighting towers along the western side of the lake. At the time of taking these photographs not all the towers were illuminated so it appears darker than what could be expected during an event. 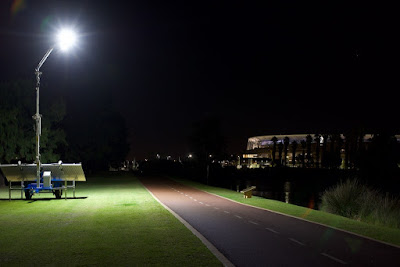 This dark section close to the Causeway is about 100 metres long. 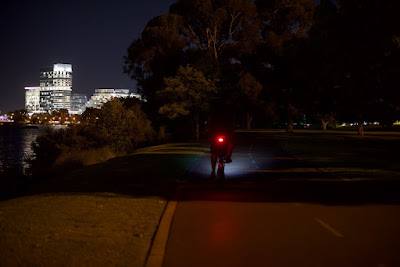 Once past the Causeway you will be back to the Embargo Bar area. 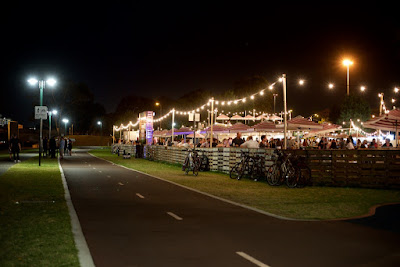 And the final section is well lit all the way to the car park. 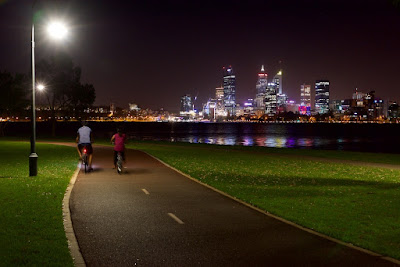