What a pleasure to discover this new water feature yesterday. It was created by artist Jeppe Hein and is part of the City of Perth Forrest Place Masterplan. 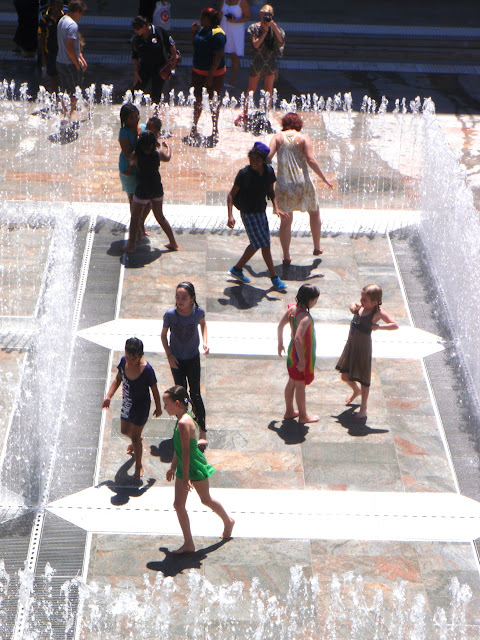 The water sprays change in an irregular pattern to squeals of delight and laughter from the young children. Teenagers and adults were also getting into it, happily sharing the space with the little ones. It was a beautiful warm day, 34 degrees, and some people found it so inviting that they just kicked off their shoes and ran through wearing normal clothes. 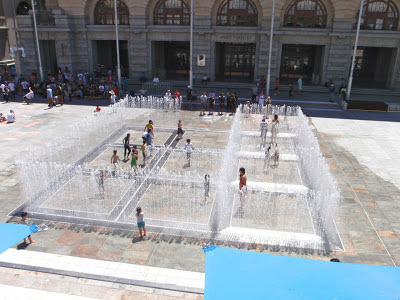 Considered by most people as the centre of the city, Forrest Place was a short street in front of the General Post Office that was pedestrianised in 1987. It had a long history as a place for parades and political meetings and after being closed to vehicles enjoyed some success as a venue for a range of public events. However, a few design flaws prevented the area reaching its full potential. A rarely used elevated walkway which was built across the northern end of the plaza in 1988 has now been demolished and the pedestrian flow to Perth Railway Station, which is directly opposite, has been significantly improved. And now we now have a great fountain. 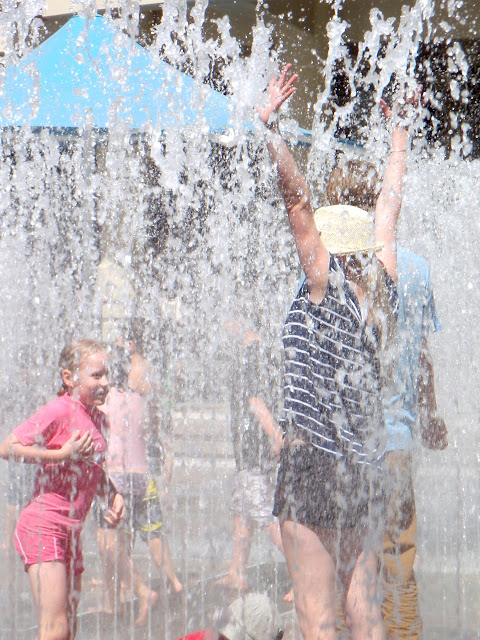 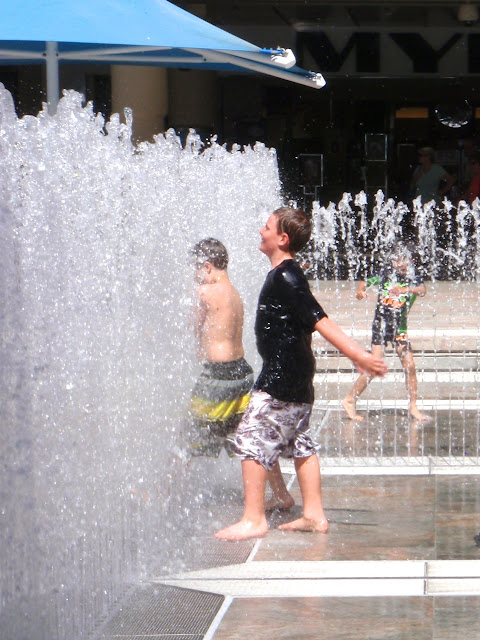 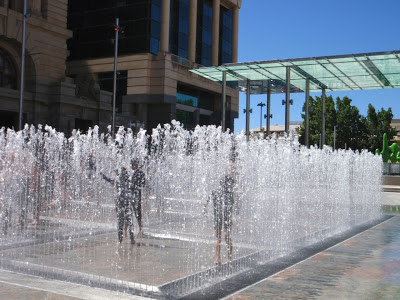 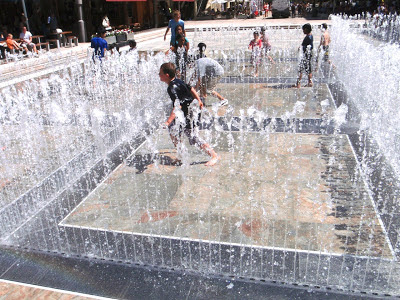 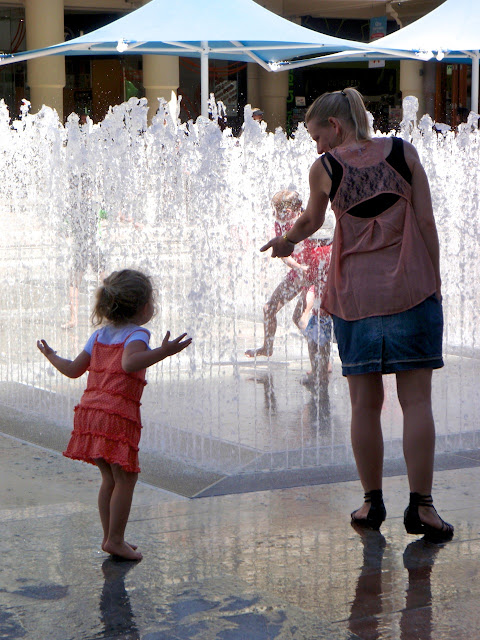 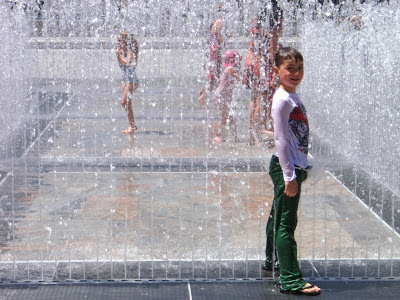 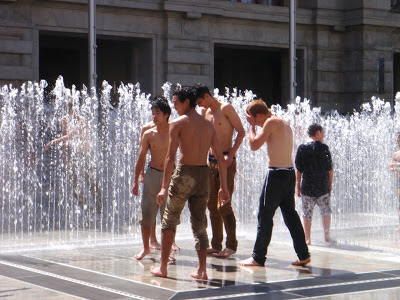 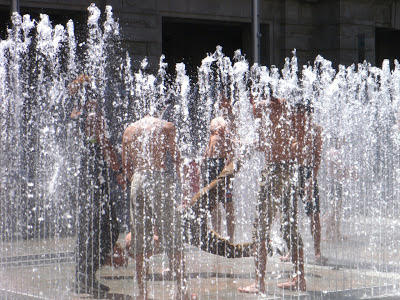 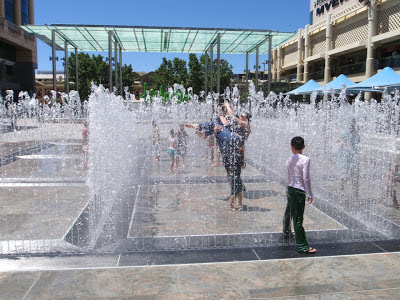 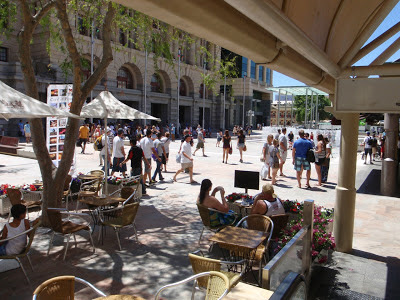