How to use an Australian roundabout

Bicycle riders are quite rare in Kalgoorlie. Recently, while I was walking around the town I spotted one and felt compelled to take a photograph.  A bit weird I know, I guess the impulse is comparable to an ornithologist seeing a rare bird. 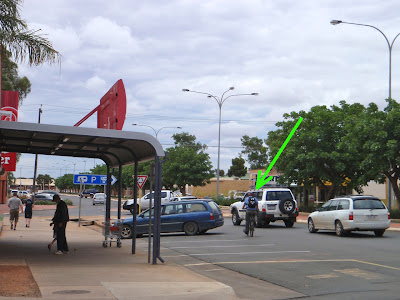 By the time I got to the corner he had given up trying to enter the roundabout on his bicycle.  He had dismounted and resorted to crossing as a pedestrian.  The traffic was moving quite fast and he had to wait quite a while.  As a pedestrian he had no rights and it is very difficult to judge when a motorist is going to exit the roundabout because they usually do not use their turn indicators. 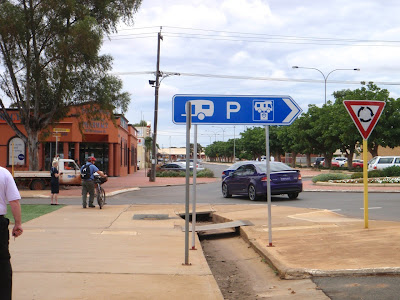 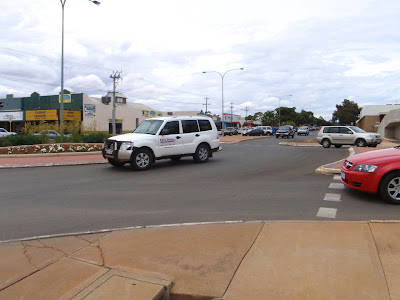 Growing frustrated, he took off on foot to an easier place to cross. 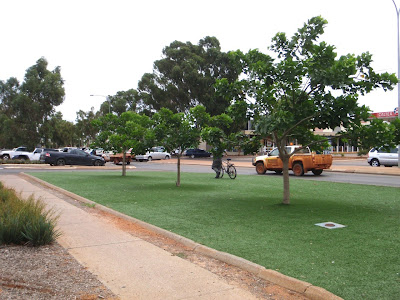 After crossing he resorted to illegally riding along the footpath. 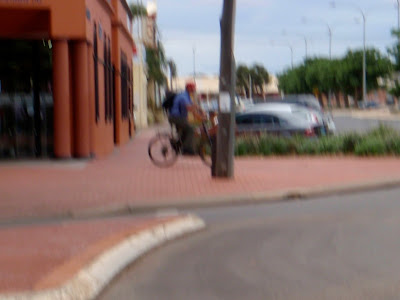 And finally got to the bookshop which was only a few metres from his original position. 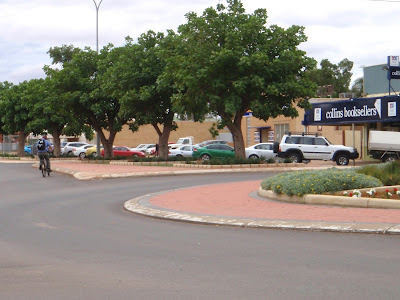 This person is an adult male who I expect would have a reasonable sense of self confidence in most situations.  He also, obviously, has a sense of self preservation and recognises that an Australian roundabout is not a safe place on a bicycle.

There is a small percentage of the population that have the confidence and skill to dodge motor vehicles but the majority of people do not. This man represents the majority. Most of the people without the confidence simply do not ride. I congratulate him for his efforts and wonder how long he will tolerate the difficulty of riding around the city before he resorts to driving a car.

Our state and local governments should not keep building roundabouts with the current design while hypocritically telling us how much they are doing for sustainable transport.