Snorfiets is the Dutch name for a light moped or scooter. Whenever I see that name I think "snorting bike". After my two-week stay in the Netherlands, my conclusion is that snorfiets are at the top of the transport hierarchy. If you ride a scooter, it seems you can do whatever you want, and go wherever you like. They are fast, can travel on the bicycle paths or the road and rules don't apply. 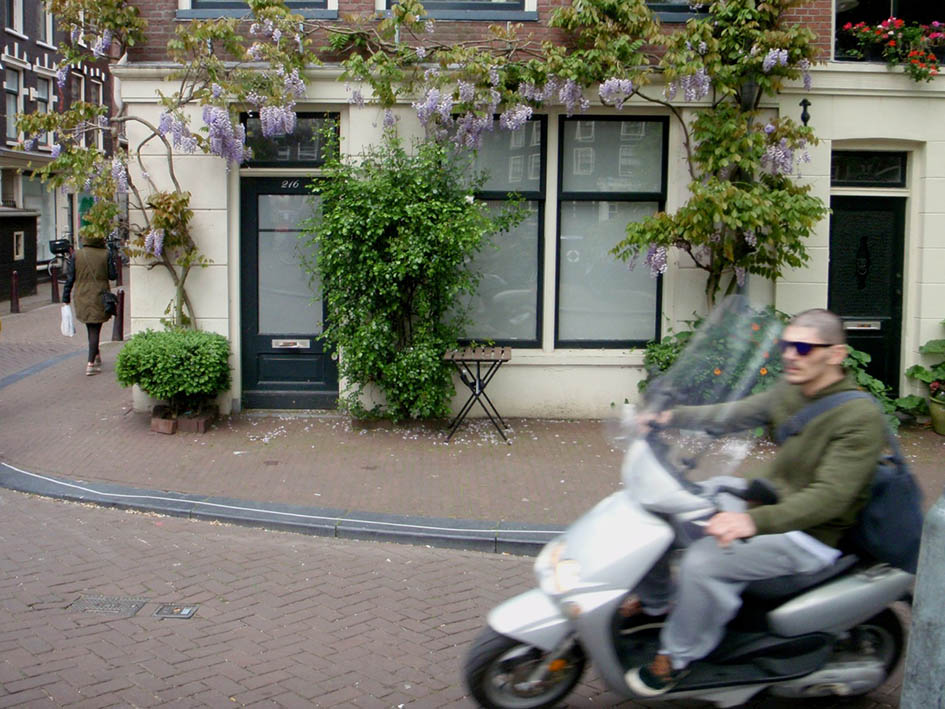 To an outsider it is very strange that the benefits of the excellent bicycle infrastructure are allowed to be eroded by permitting scooters, travelling at up to 60 km/h, to mix with slow moving bicycles.

This is how they looked in the 1970s. A small motorbike with bicycle style pedals, hence the name mo-ped. 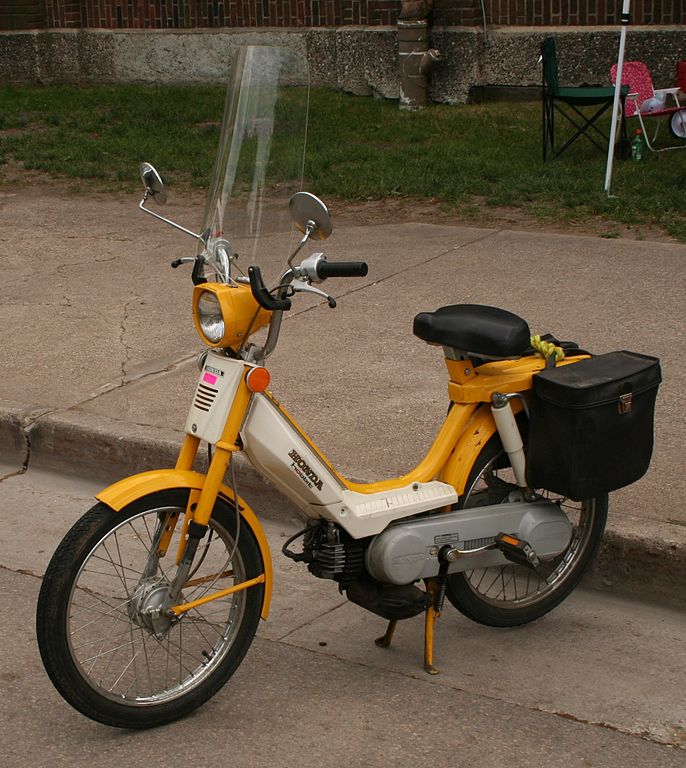 This is how they look now. The pedals are gone and they often share the same chassis and components as the 125cc versions. 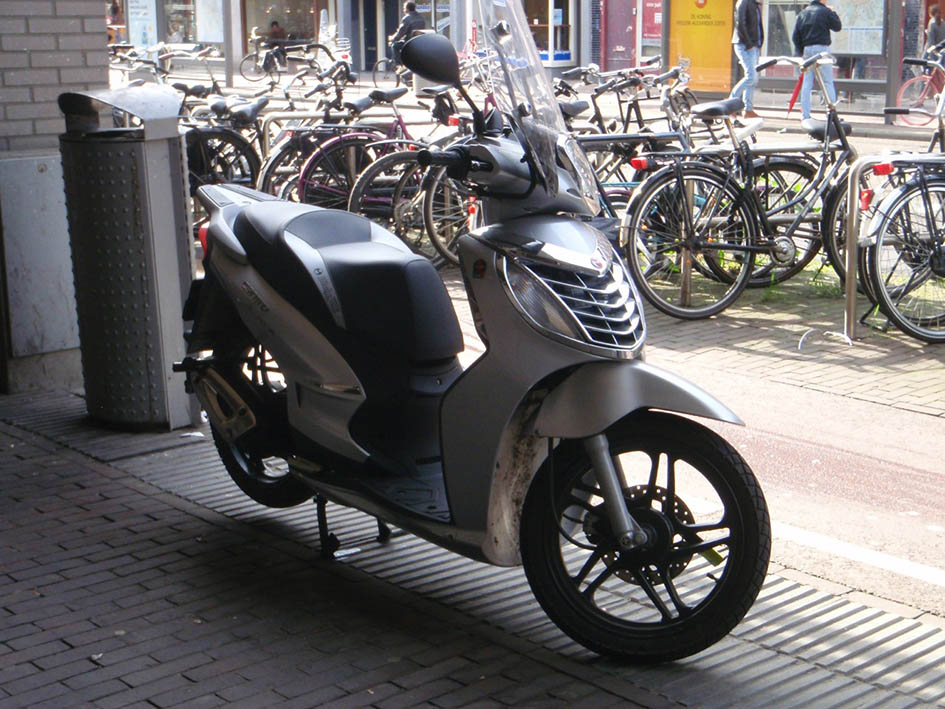 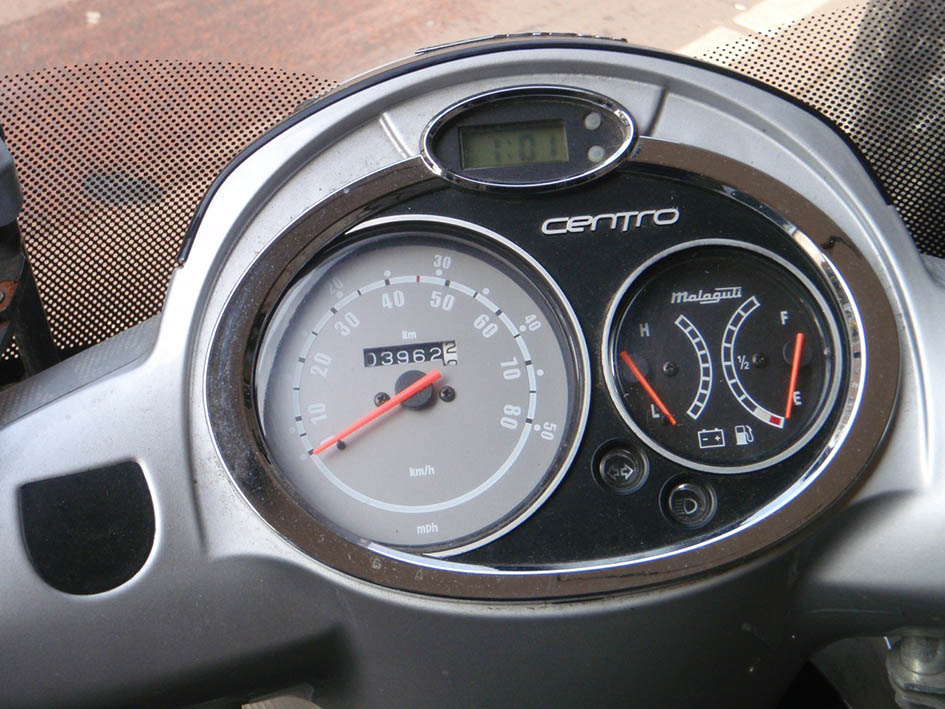 Unfortunately, the laws have not kept pace with the technical developments and design evolution. It appears that a lot of rev-heads are taking advantage of the current situation.

The cream coloured scooter below has a yellow license plate and the other has blue. They both look the same to me. 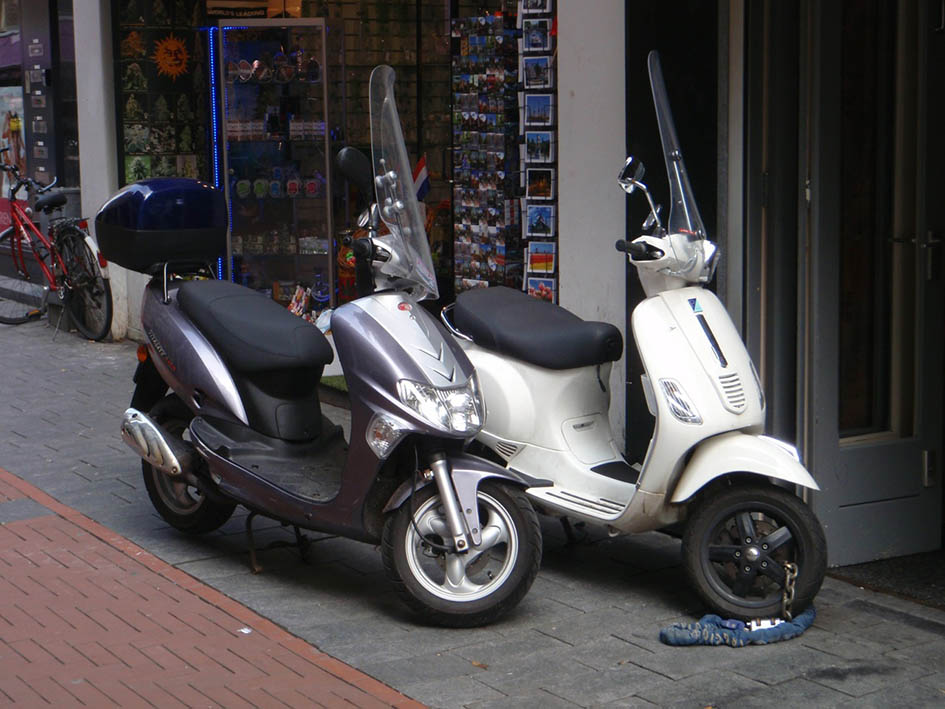 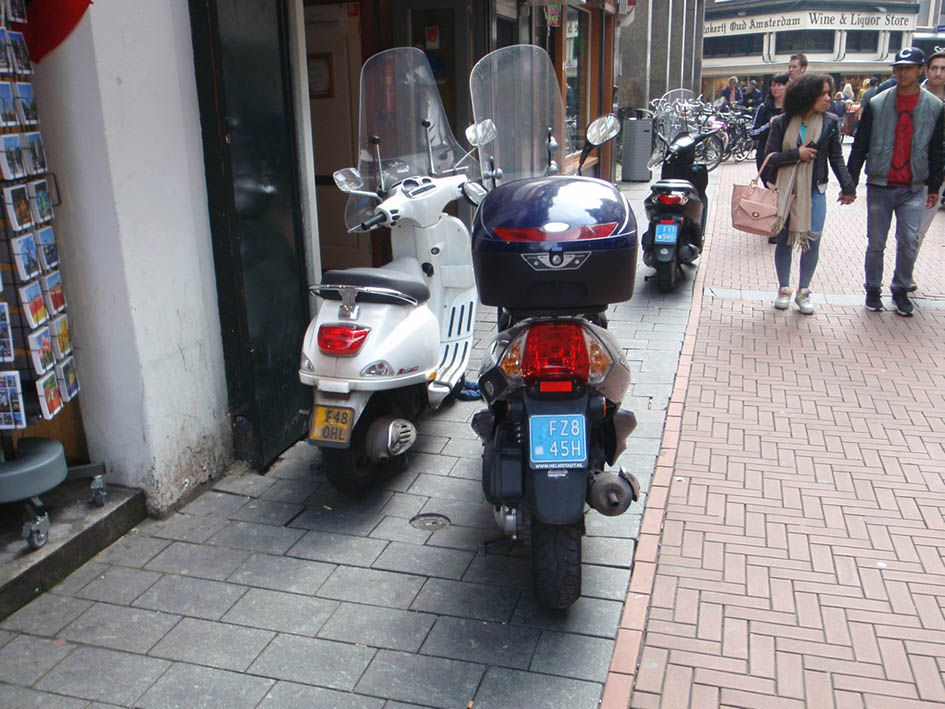 The two types are also meant to be restricted to different grades of bicycle path, but in my few days of riding I could not find any difference. I was 'buzzed' at high speed by both yellow and blue-plated scooters in a wide range of locations, sometimes close enough to brush my sleeve.

You can read a more detailed explanation of the rules in this post on the Bicycle Dutch blog.

During the Hembrow Study Tour I stopped to take a photograph of this group using the bicycle path beside a quiet country road near a small village. The road can be seen in the foreground and it had almost no traffic. 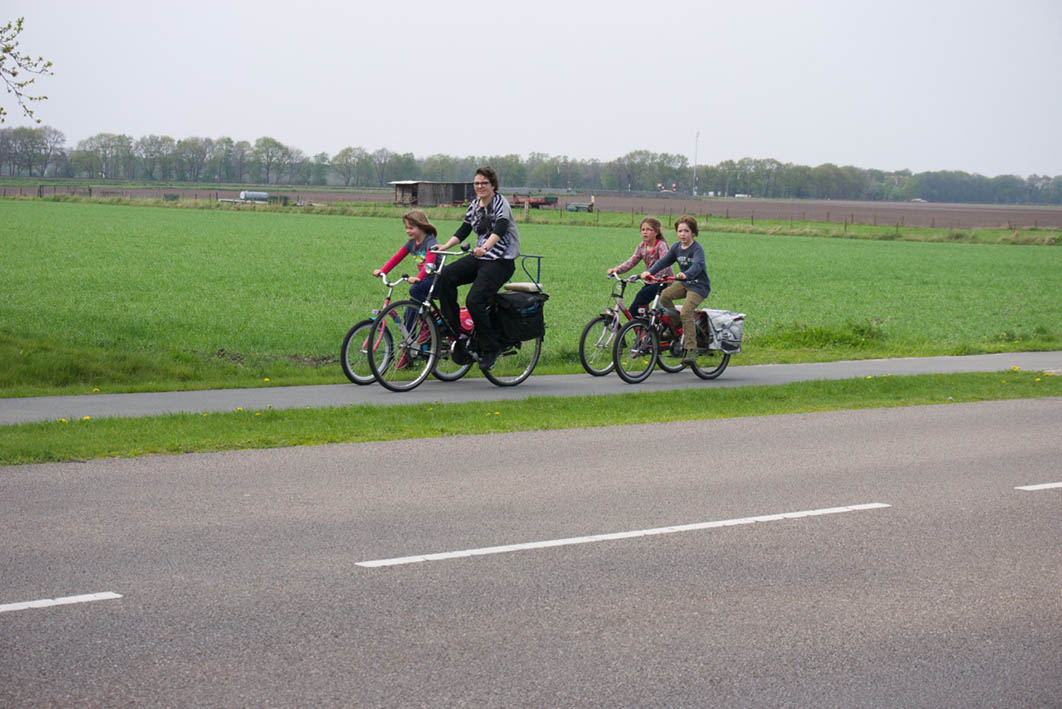 Within a few seconds this person on a yellow-plated scooter buzzed past them using the bicycle path and not the road. I am not sure if this is legal but to me it is wrong. 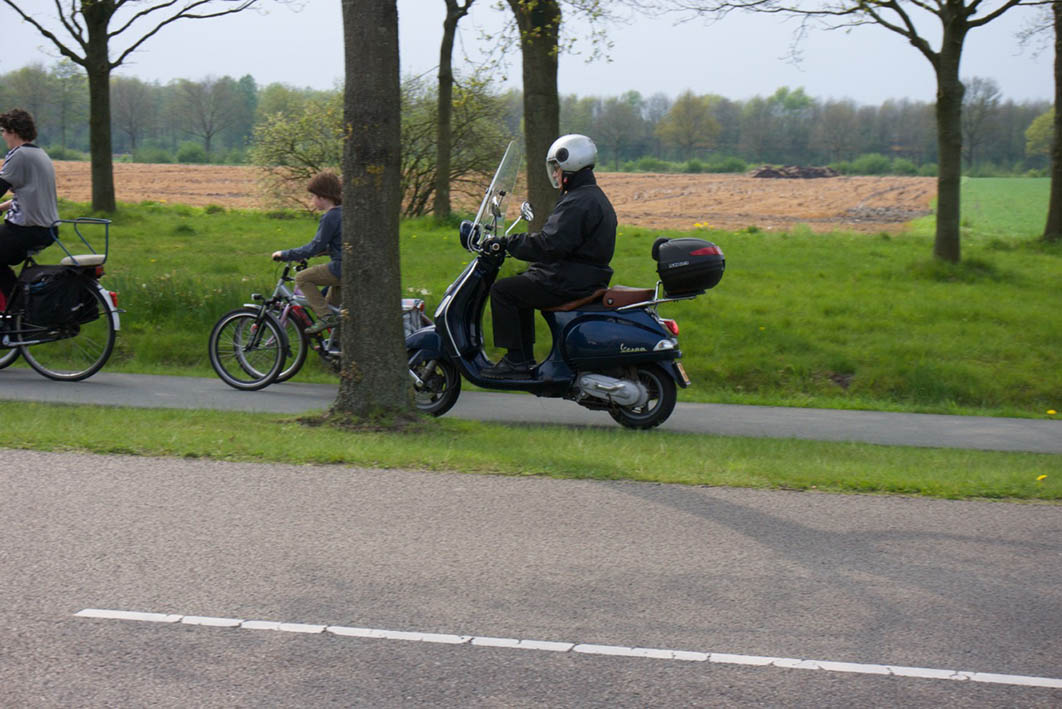 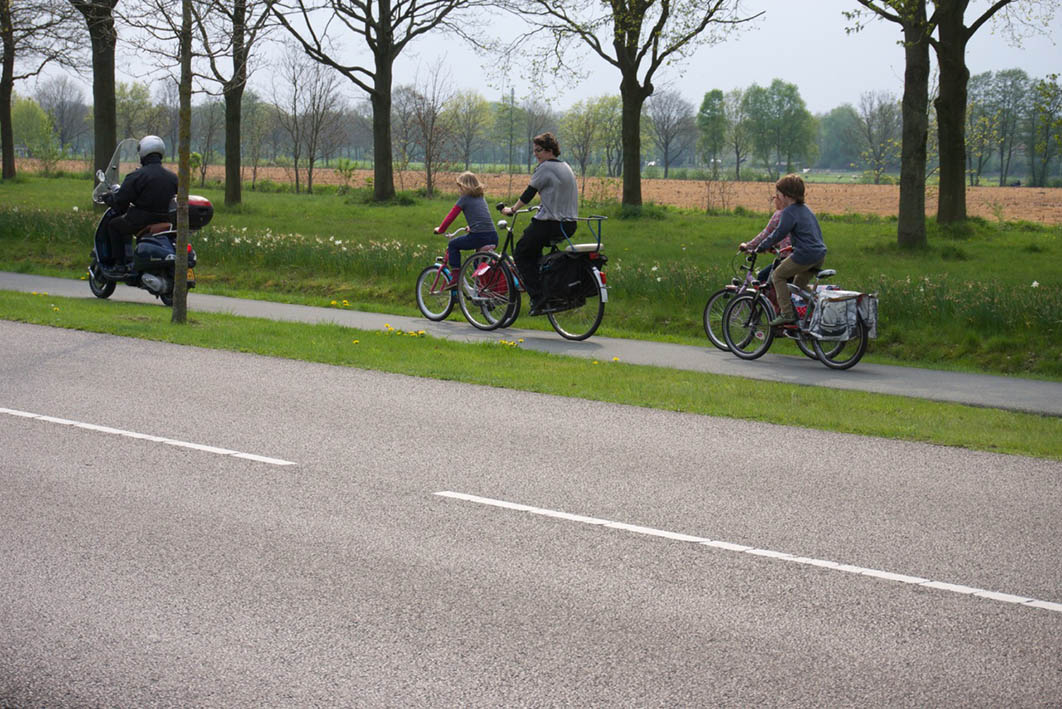 This next example, below, shows my daughter on a hire bike in Amsterdam. She's facing a scooter coming towards her at about 40 km/h, and she's looking for an escape route. Although it was not close to hitting her, as an inexperienced rider, this situation is intimidating and unpleasant. This can't be good for tourism. 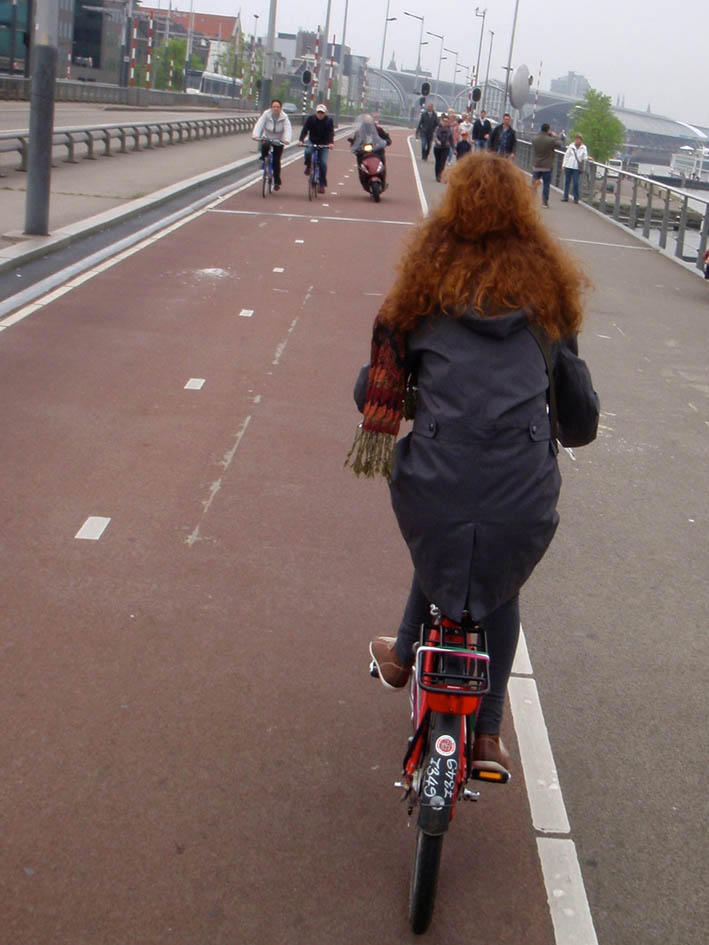 Not all scooter riders are aggressive, some ride in a reasonable manner but almost all of them are noisy. Most of the scooters have two-stroke motors and are louder than modern cars. In Amsterdam the scooters were often the dominate sound in an otherwise quiet city.

And then there is the smell to consider. These anti-scooter stickers at some the traffic lights provide a solution. 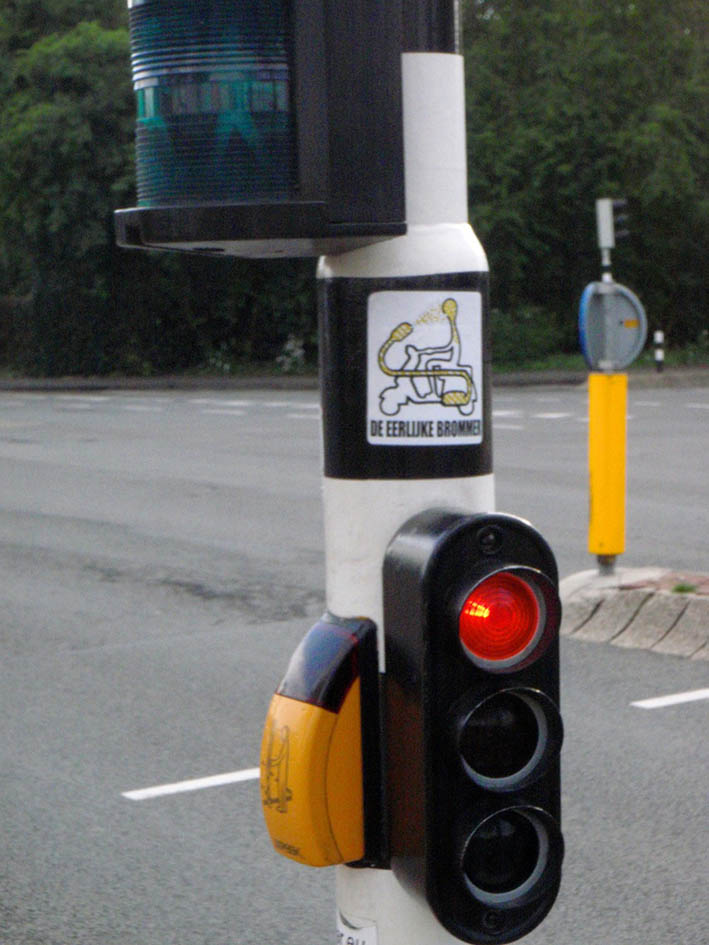 With the current range and availability of electric bicycles I find it surprising the Dutch government allow the situation to continue.

Don't take this the wrong way, the Netherlands bicycle infrastructure, even with the scooter problem is much better than our current situation in Australia. 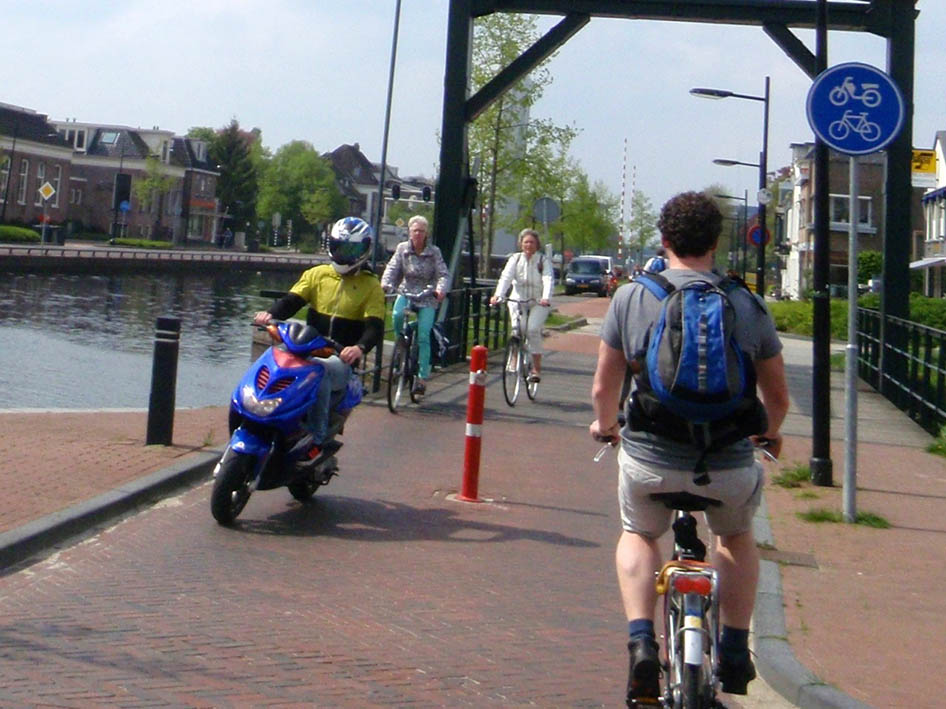