You have to go out and walk the streets to get a full understanding of the city. Last week, without planning, I discovered what must be Perth's worst crossing for pedestrians.  It may be Australia's worst! I challenge you to find any traffic intersection that takes longer than 6 minutes 30 seconds to cross.


This is the corner of Great Eastern Highway and Hardy Road in Belmont. To cross from the motel to the BP Service Station and convenience store across the road, the traffic lights have been designed to prevent you taking the direct route. You have to cross five roads instead of one. This is 23 traffic lanes, including the two slip lanes and two bicycle lanes.


The most difficult part is trying to cross the highway. After waiting and finally getting the 'green man' symbol, you only have six seconds before it changes to red and starts flashing. I was not even one- quarter of the distance across before this started happening. I still had eight lanes ahead of me!


We are meant to continue walking and finish the crossing. I had a few seconds of panic and almost turned back. It is very intimidating to walk in front of four or five vehicles when you think they are about to get a green light any second. The drivers, hidden behind the dark tinting and reflections on windscreens, become anonymous. There is no opportunity for eye contact.

I'm reasonably fit, and I did make it to the other side before the lights changed for the cars, but I had no way of knowing if I would make it across safely.


Instead of having the aggressive flashing 'red-man' signal it would be much more useful to have a countdown timer to give an explanation about how much time is left to cross the road. It would be particularly useful on major roads where the crossing distances are long. Countdown timers are used in many places around the world, including South Australia and Queensland but not in Perth. It appears our department of Main Roads are "considering a trial".

Countdown timers would ease the fear of crossing but they will not reduce the time it takes to go from the motel to the store caused by the circuitous route.

This section of Great Eastern Highway recently had an "upgrade".  $280 million was spent to add two more traffic lanes, plus bus lanes, on-road bicycle lanes (rarely used), slip lanes and wider, faster turning for side streets. The length is 4.2 km and it cuts through the suburbs of Rivervale and Belmont.

It is interesting to look at Google images showing the highway before the changes. The dropped kerb and cut-away through the centre island indicate a direct crossing between the motel and the BP store was previously available. It appears this option for pedestrians has been removed to accommodate the two new slip lanes that allow faster turning for motor vehicles.

The proposed benefits to the community for the widening of Great Eastern Highway included providing "facilities for pedestrians and cyclists with greater access and connectivity".

This sales spin would be done to placate any opposition during the development phase of this style of road building. It is obvious Great Eastern Highway has been changed to facilitate moving a huge number of motor vehicles as efficiently as possible, with only token consideration for the communities on each side of the highway.

The people responsible for this should take a walk with their mothers, and try and cross the road. 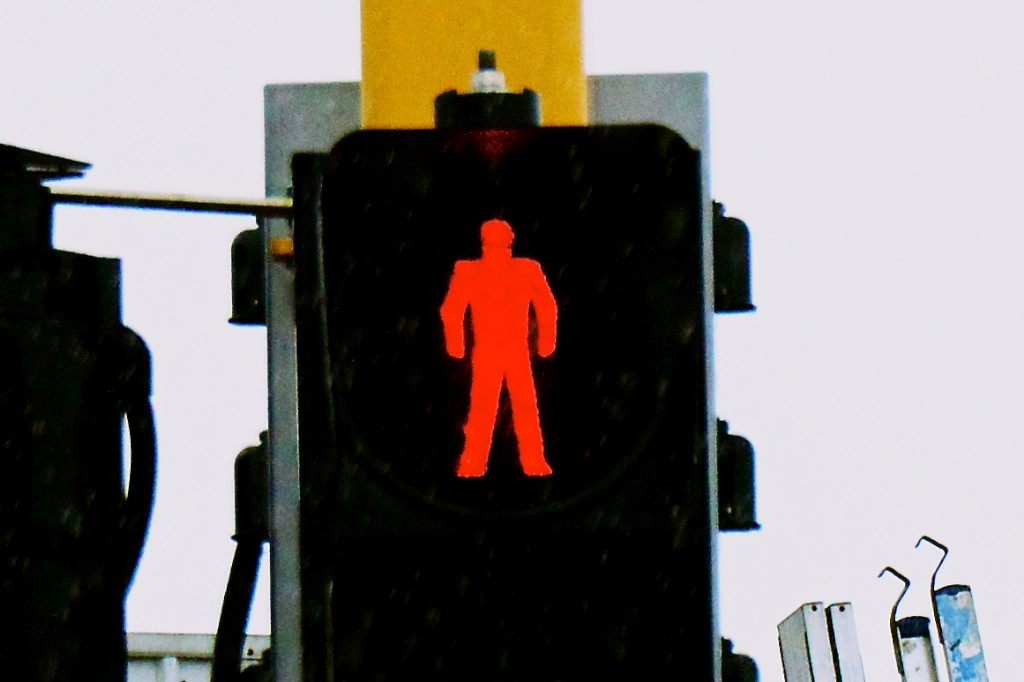