Sometimes people say Perth can never be as good as cities in The Netherlands for bicycle riding.

"We don't have the population density".
"The Dutch can have better bicycle infrastructure because their cities are so compact, everything in Perth is so far apart".

If you compare the population density for all of Australia with all of The Netherlands it seems to support the idea. We have less than three people per square kilometre and they have around 490. That simplistic approach doesn't give a true representation of how most Australians live. There's a few of us looking after that big bit in the middle, the part with kangaroos and stuff, but the majority of Australians live in cities near the coast. We tend to group together like most humans.

These older areas grew around train and tram lines in the first half of last century. They were built before everything became designed around the car, at a time when riding a bicycle was normal and deliveries were often done with a horse and cart. These inner urban areas have similar densities to the best bicycle cities in The Netherlands.

Looking at the data for the local council areas of Subiaco, Vincent, Victoria Park, South Perth, the inner part of Cambridge and the Perth central business district we have an area about the same size as Groningen, with the same population density. This inner core of Perth has a density of 2391 per square kilometre and Groningen has 2362 per square kilometre.

If density is what we need, we already have it in Perth's inner areas. Lack of density should not be used as an excuse for why we can't have a lot more people riding bicycles. 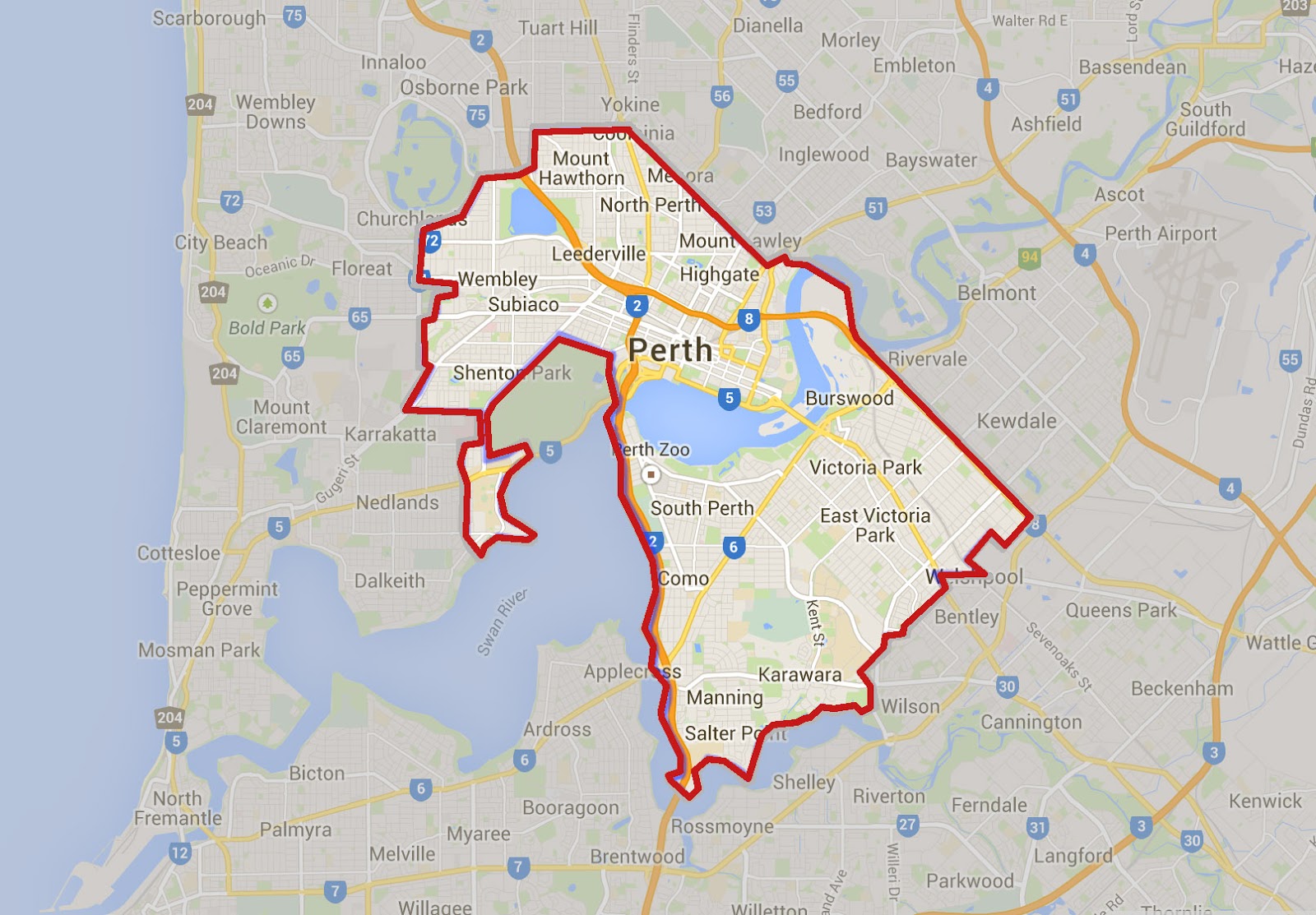 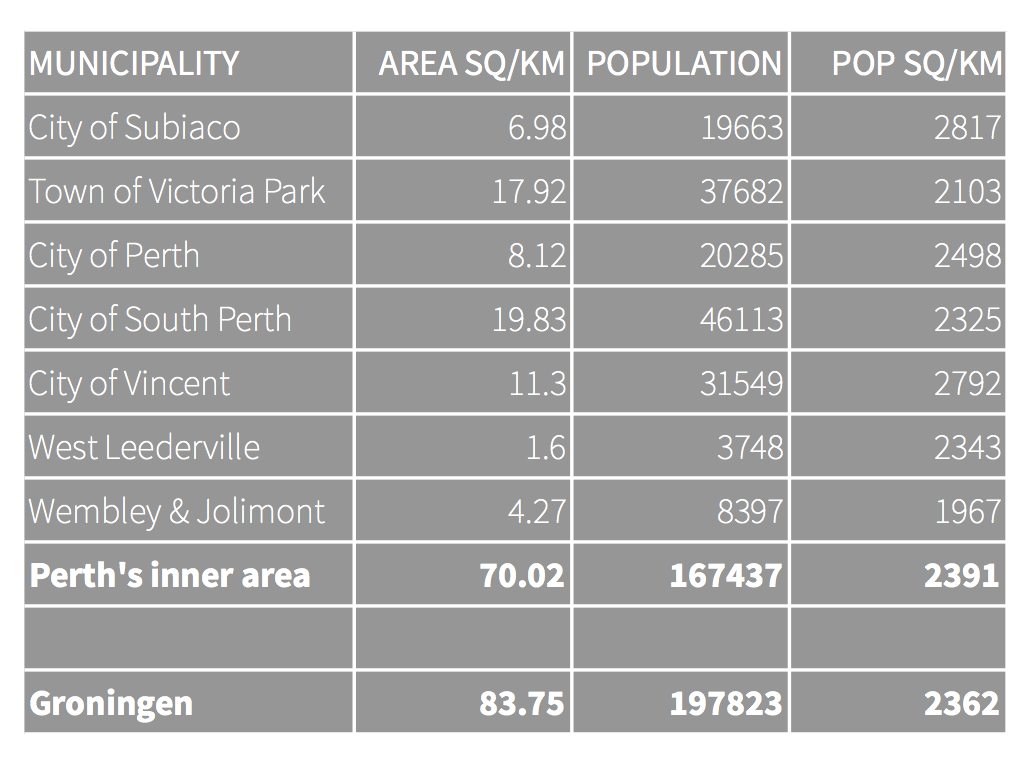 Just in case you haven't heard of Groningen, it won the Dutch Fietserbond (Cyclist's Union) award for best cycling city in The Netherlands in 2002 and has continued to be acknowledged as one of the world's best. In Groningen, around 50% of all trips are made by bicycle. Here's a Streetfilms video from last year and a few of my own photographs taken earlier this year while being guided by David Hembrow.

Groningen is not full of high rise apartments; the buildings and the width of the streets are not unlike the older parts of Perth. They even have a KFC and McDonald's drive-through. It is not surprising to find the population density is the same as Perth's older areas. The major difference is people on bicycles do not have to share roads with motor vehicles travelling at 50 km/h. The Dutch have invested in infrastructure that allows people to feel safe while travelling on a bicycle.

There's another city in The Netherlands that matches Perth's inner-area density: the city of Eindhoven has 2491 people per square kilometre. That's the place with this thing: the Hovenring. It's impressive bicycle infrastructure and there's not a lot of 'density' showing in the photo: this could be Perth.

Does density really matter? It's important for a walkable city but less important for a bike-able city. It's the difference between moving at 5 km/h and 15 km/h or more. There are already huge sections of Perth that have sufficient density to support an economically viable bicycle transport network. It just requires the right policies and the guts to make it happen.

Eindhoven was a finalist in this year's "best cycling city in The Netherlands" award but was beaten by the city of Zwolle which has half the population density.

Zwolle has a population of 123,507 and a density of 1109 people per square kilometre. This is similar to the City of Gosnells, one of the local municipalities to the east of Perth. Except when you try to ride a bicycle.