On Friday, 13 year-old Max Ward was killed when he stepped into the path of an oncoming truck.

He was walking across Gnangara Road with his 14 year-old sister when one of his thongs slipped off. He turned back to get the footwear and was hit by an earthmoving truck towing a trailer. 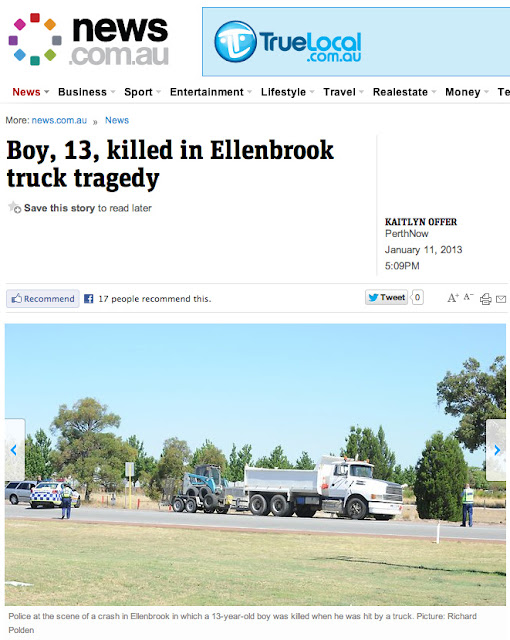 This is a tragic loss and I would like to offer my sincere condolences to his family and friends.

One of the first reports came from ABC News. This report included the police opinion that the driver of the truck was travelling at the speed limit and also included a statement from Senior Constable Graham Daisley who said

“Obviously this was not something that was waiting to happen – it was just a tragic incident that’s occurred, that’s lost the life of a very young boy and that will have a major impact on the family, especially his young sister.”

I think it is wrong to accept that Max Ward’s death is just a tragic “accident”. As a community, we need to protect our children. The way we design our urban environment needs to be carefully considered. The speed of vehicles and the lack of provision for pedestrians in this area should be examined.

The speed limit on Gnangara Road near the corner of Losino Boulevard is 70 km/h and it has a high volume of traffic. There are quiet residential suburbs on each side of Gnangara Road. The road severs Henley Brook on the southern side, from Ellenbrook on the northern side. It is a difficult road to cross either on foot or using a bicycle. The timing, speed and volume of traffic make it difficult even for a fit, agile adult with fully developed cognitive skills. 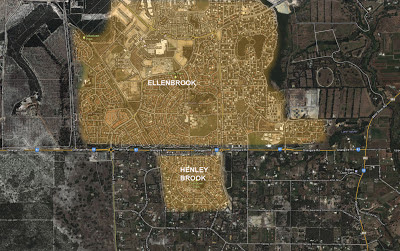 Children do not have the same decision making abilities as adults and we can expect them to make an occasional error in judgement. This is predictable and normal behaviour. It should not be life threatening.

It is wrong to create a community where children are prevented from being able to move freely. Everyone has the right to freedom of movement. Not just people who are able to own and drive cars.

A minor attempt has been made to connect these two suburbs for pedestrians and cyclists by the provision of a bridge (shown on the Google view below). The bridge crosses Gnangara Road in the central area, and there are two other designated pedestrian and cyclist crossing points at grade. However, these latter two are not crosswalks, they are simply places where two paths meet the road and motorists have some advance warning that people may cross. 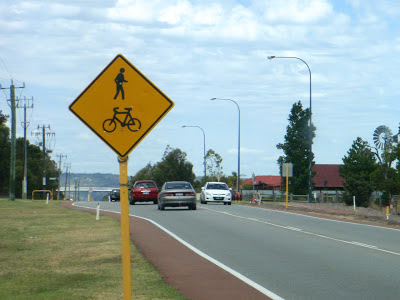 There is no speed reduction at these designated crossing points. It was at the western crossing where Max died. 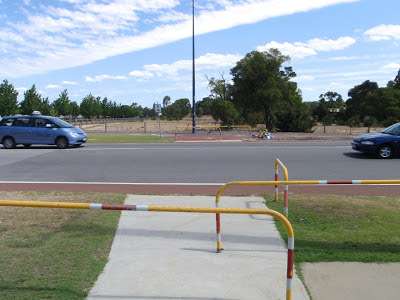 For people who are not travelling by car, the footbridge is the only safe place to cross Gnangara Road in the three kilometre stretch alongside the Ellenbrook community. There are a few roundabouts to slow the motorised traffic, but as I explained in my previous post, these are not safe places for a pedestrian.

The western crossing point, near Losino Boulevard, is 600 metres from the bridge. It is unfair to expect any pedestrian to add 1.2 kilometres to a simple journey in order to maintain basic personal safety. One safe crossing between these two suburbs is not enough. The speed limit of 70 km/h is too fast. This is a residential area. 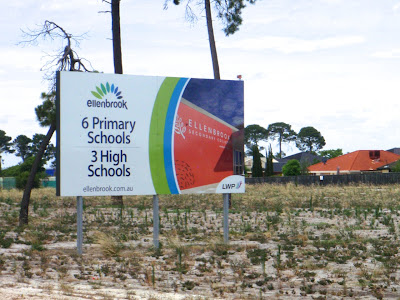 Why do our speed limits just protect children on school days? Why do we protect them near school but not near their homes? 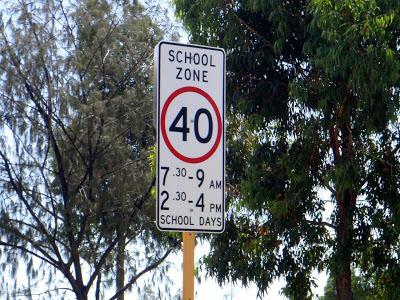 This quote from the UNICEF website sums it up

"The actions, or inactions, of government impact children more strongly than any other group in society. Practically every area of government policy (for example, education, public health and so on) affects children to some degree. Short-sighted policymaking that fails to take children into account has a negative impact on the future of all members of society…"