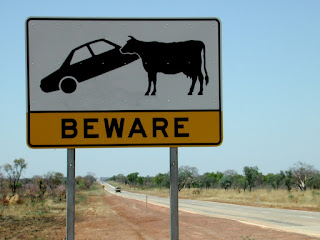 This is one of my favourite road signs. It is quite blunt but communicates the message in a memorable way.
In the Kimberley region of Western Australia there are not a lot of fences and the livestock are allowed to wander across the roads. 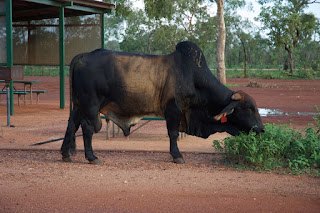 The balance of power shifts away from the motorist once there are pedestrians of this size. If I could put a collar on one of these guys and walk around Perth I bet more drivers would obey the law.
When I see think of the sign it reminds me of the blog title At War With The Motorist
I took the first photo on the highway near the town of Derby in 2002. I could not find the signs on my recent trip. It appears that they have been changed for a more conventional warning. 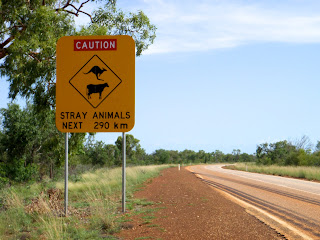 Posted by perthbiker at 12:57 No comments: 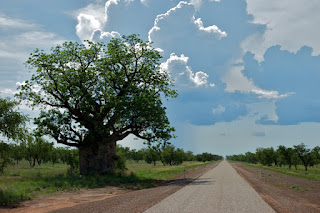 A few weeks ago I did some work in the Kimberley region of Western Australia. While travelling between Broome and Derby I found what could be the most remote bicycle infrastructure in Australia.

Once you leave Broome and start driving east there are very few buildings or other signs of life apart from the occasional vehicle travelling in the opposite direction.

The distances in this part of the world change to a different scale. You will see traffic signs that warn you of hazards that you might encounter for the next 215 km. The destinations shown on maps are often just a petrol station with a camp ground out the back. 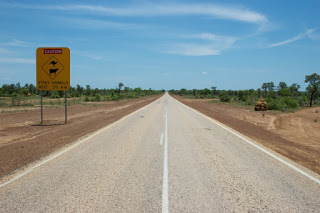 After two hours of driving in such a wild landscape it was quite a surprise to see a pedestrian and cyclist warning sign on the side of the road. 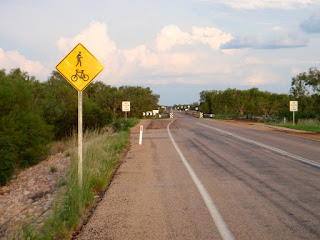 At the bridge where the highway crosses the Fitzroy River and about 56 kms before reaching the town of Derby there is a dual use path that connects the river to the Willare Roadhouse. 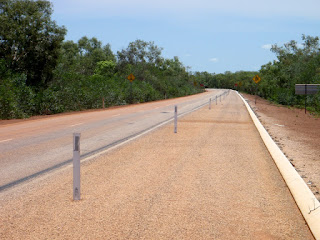 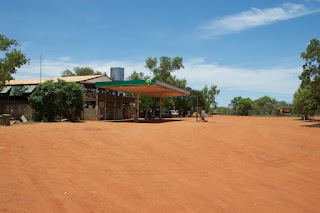 The path is about 800m long and includes a separate lane that has been attached to the side of the bridge. The motorised traffic has to share a single lane for both directions while on the bridge which makes it even more remarkable that pedestrians and cyclists get this much space. There is also a bicycle parking enclosure that has been built under a tree at the western end. 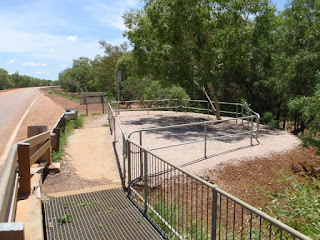 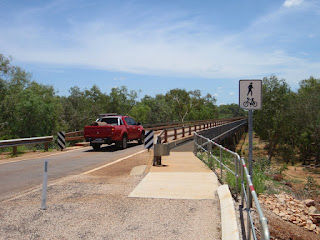 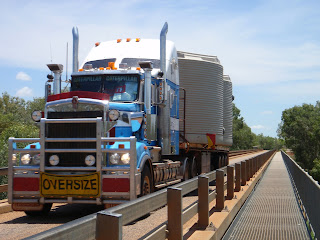 Considering the permanent population of Willare must be less than ten people this is quite an achievement. The roadhouse does have a camping ground out the back so at peak tourist times the population will increase. I think the river might be a popular fishing spot at the right time of the year. 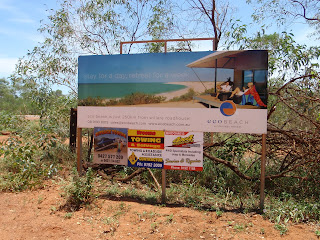