Perth's highways keep growing. They get longer and wider each year and consume a lot of our tax dollars. One of the newest sections is the intersection of Reid and Tonkin Highways. It's considered Western Australia's "biggest free-flowing freeway-to-freeway-interchange" and is part of the $1.12 billion NorthLink WA project. 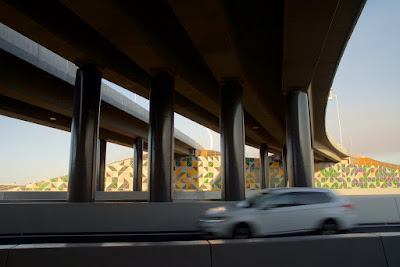 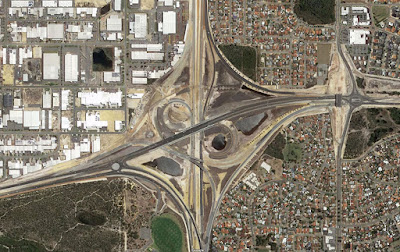 As usual, the promise of the new construction is to have reduced congestion and improved freight capacity, efficiency, productivity, road safety, plus better amenity for the community!

There are alternative arguments: should we invest less in motorways and more in other forms of transport to achieve better results? I'll save that for another time. This is just a first-look at the cycling infrastructure that's being built as part of the interchange.

In the last couple of years, it's become Western Australian State Government policy to incorporate shared-paths to a width of four metres in most new major projects. This has been a great move. Previously the standard was three-metre paths, which were good quality but designed on the principal that cycling is a solo activity. Officially, people were required to ride in single file. Obviously, many people ignore this rule so they can talk with friends or their children while riding. By increasing the width to four metres, the new paths enable much safer side-by-side cycling.


Although officially shared-paths, they function well as cycle paths because there is usually a very low volume of pedestrian traffic. The four-metre width also allows the opportunity for people cycling to provide more space when passing any people walking.

The new interchange was recently opened to motor traffic but the landscaping and several of the paths are still being built. I visited on a public holiday and there were no fences or signs prohibiting access. I am sure during a normal working day it would be more restricted because of safety issues due to moving machinery. 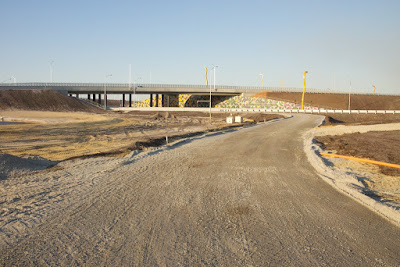 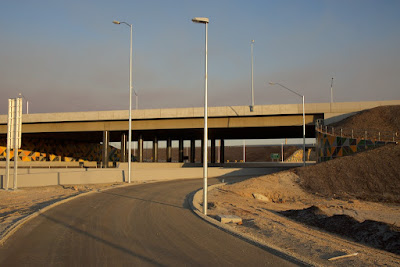 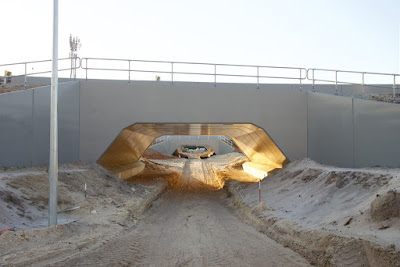 It's likely to be quite a while before everything is finished. This is a big area. How big? Fun fact: you can fit five of Perth's new 60,000 seat sport stadiums within the interchange, and still have room left over for half-a-dozen high-rise apartment buildings.


The interchange is so big, the areas within the road loops have potential. A lot of the motor traffic is elevated and quite distant, there is not as much noise as you would expect. Perhaps these areas could have some life instead of becoming neglected scraps of bush. Is it crazy to consider a village in there? Perhaps a pop-up bar with live music or a concert venue; with cycling and walking access only. 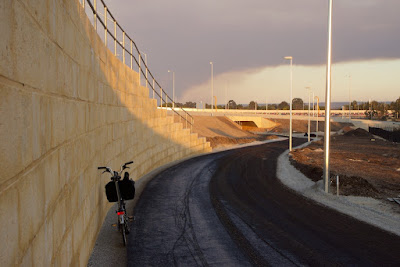 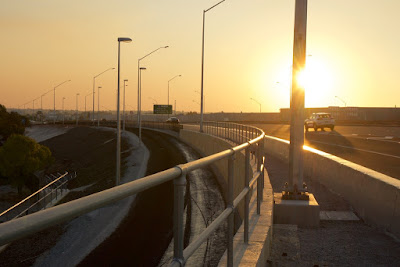 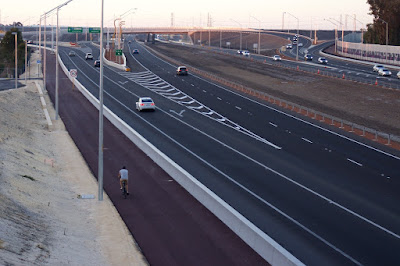 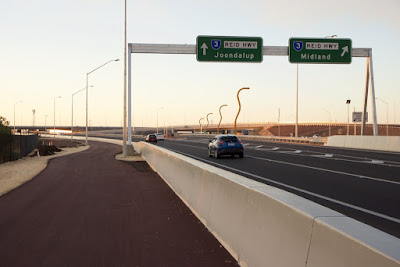 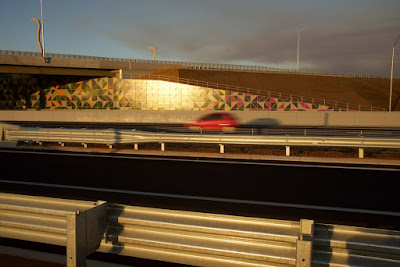 It's good to see the path is being connected directly to this sporting ground (below). We have a number of older PSPs (Principal Shared Paths) that lack permeability. Our PSPs should not only be for long-distance commuting, they need to function well for short local trips as well. Providing these additional connections is probably difficult. Not because of the engineering, but because of politics. These are the places where the paths need to leave the state government land and cross the boundaries into areas controlled by local government. 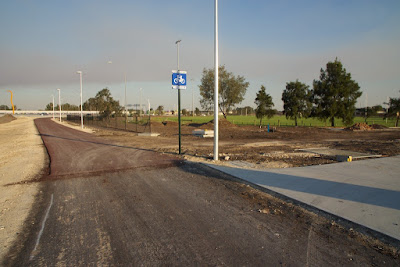 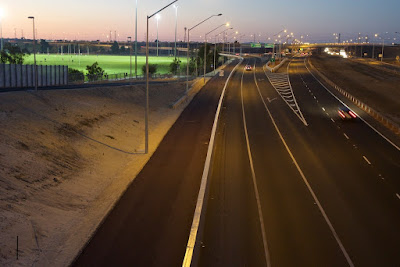 The four-metre wide standard also includes the bridges. This one below helps to connect the residents of Beechboro with the Lightning Park sports ground and recreation centre. 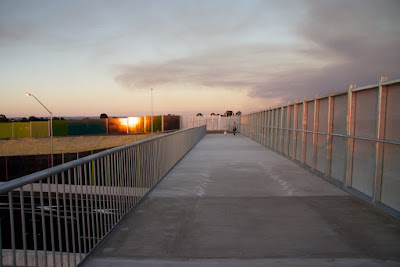 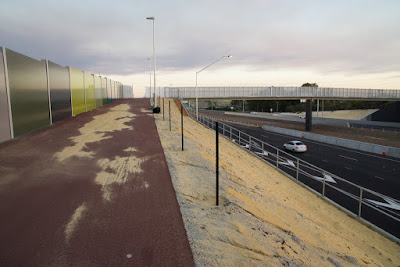 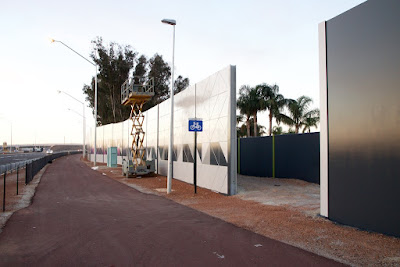 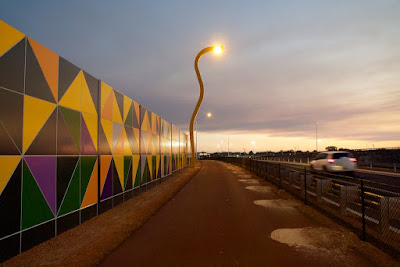 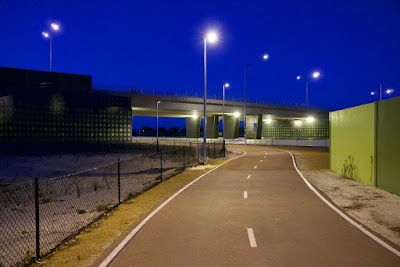 This is excellent cycling infrastructure. There is no doubt our state government is on the right track. They are achieving great results on new projects where they have control of the land. However, the challenge for Western Australia is to get local governments to lift their standard to a similar level. Our state government can provide high quality PSPs next to motorways and railway lines, but the potential of these major links will not be realised until we are able to leave the safety of these paths and enter local streets with a similar level of confidence. Painted lanes next to motor traffic travelling at 40 - 70 km/h is not good enough.