Here is a recent press advertisement for a new office building in Subiaco. The developers and photographer have found the best angle for the building to make it look good and help sell the office space. That camera position is about ten metres off the ground, at the second floor level. None us will ever see the building from that angle unless we hire a cherry picker and stand in the bucket high above the middle of the road. 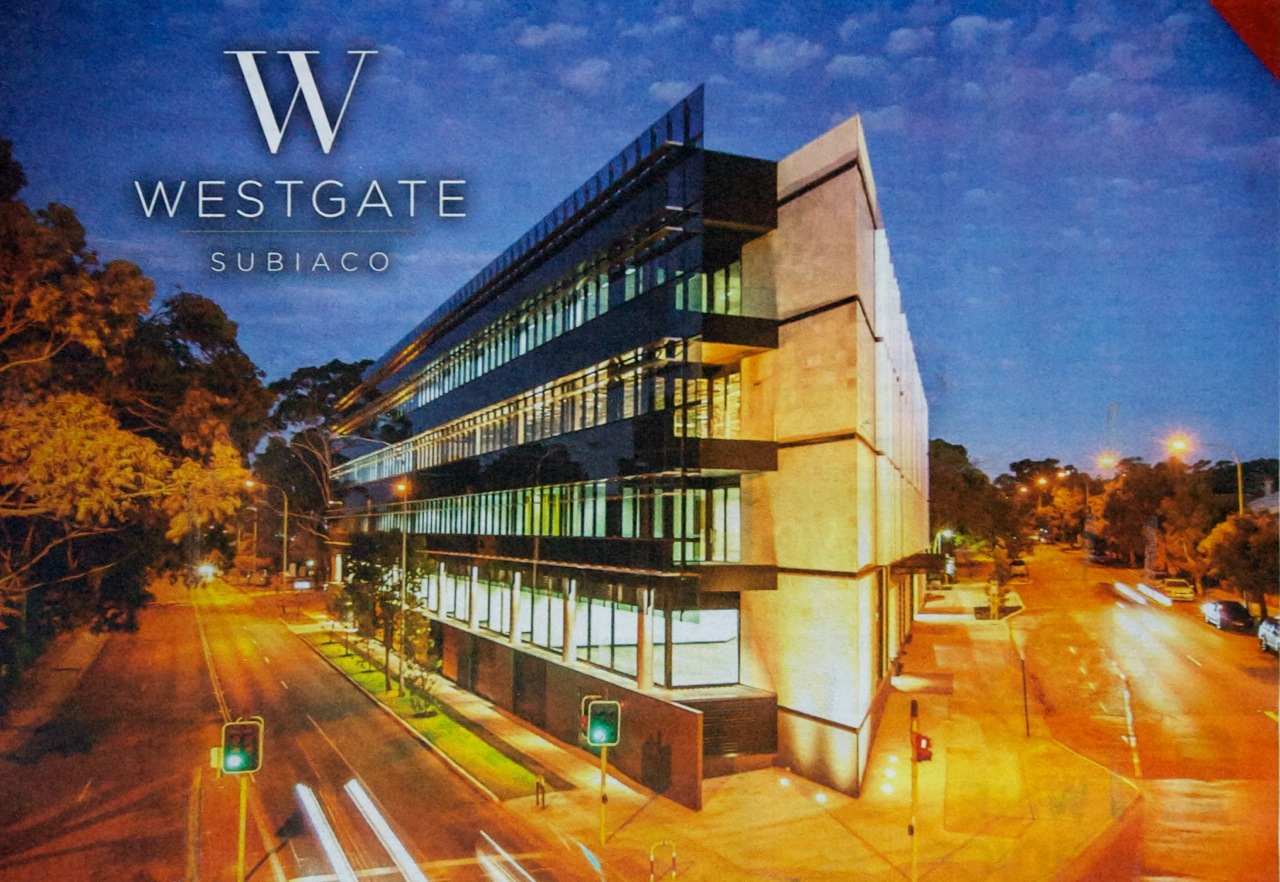 This is how it appears for pedestrians at eye level. Not so good. The Railway Parade side of the building has eighty metres of blank wall punctuated with metal vents for the car park behind. 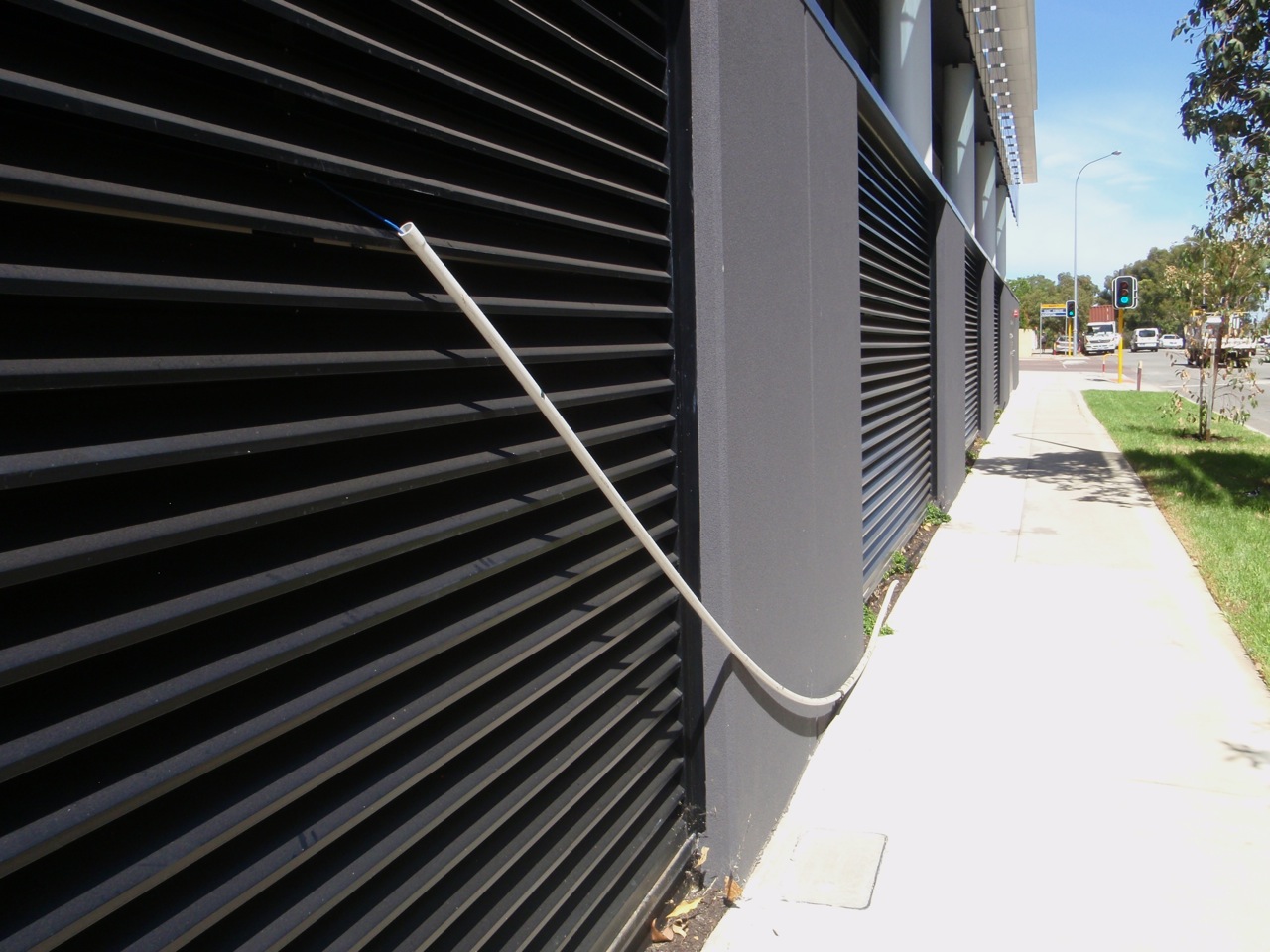 If you get back far enough, it looks OK, but for a person walking it offers nothing of interest. There is also no awning to provide any weather protection. An artist impression below, which must have been used during the pre-construction approval stages, shows a hedge on this side of the building. There is now no room for a hedge. 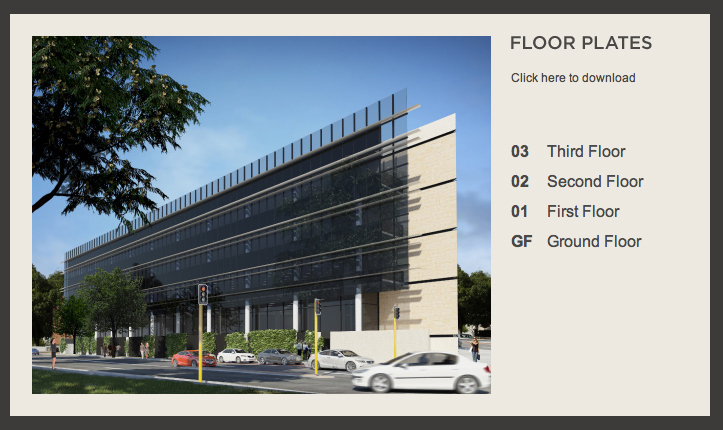 It is disappointing that the City of Subiaco has allowed such a bleak addition to the street scape. Imagine if every building was like this: it would be like walking in a concrete trench.

There are 133 cars bays in this building. 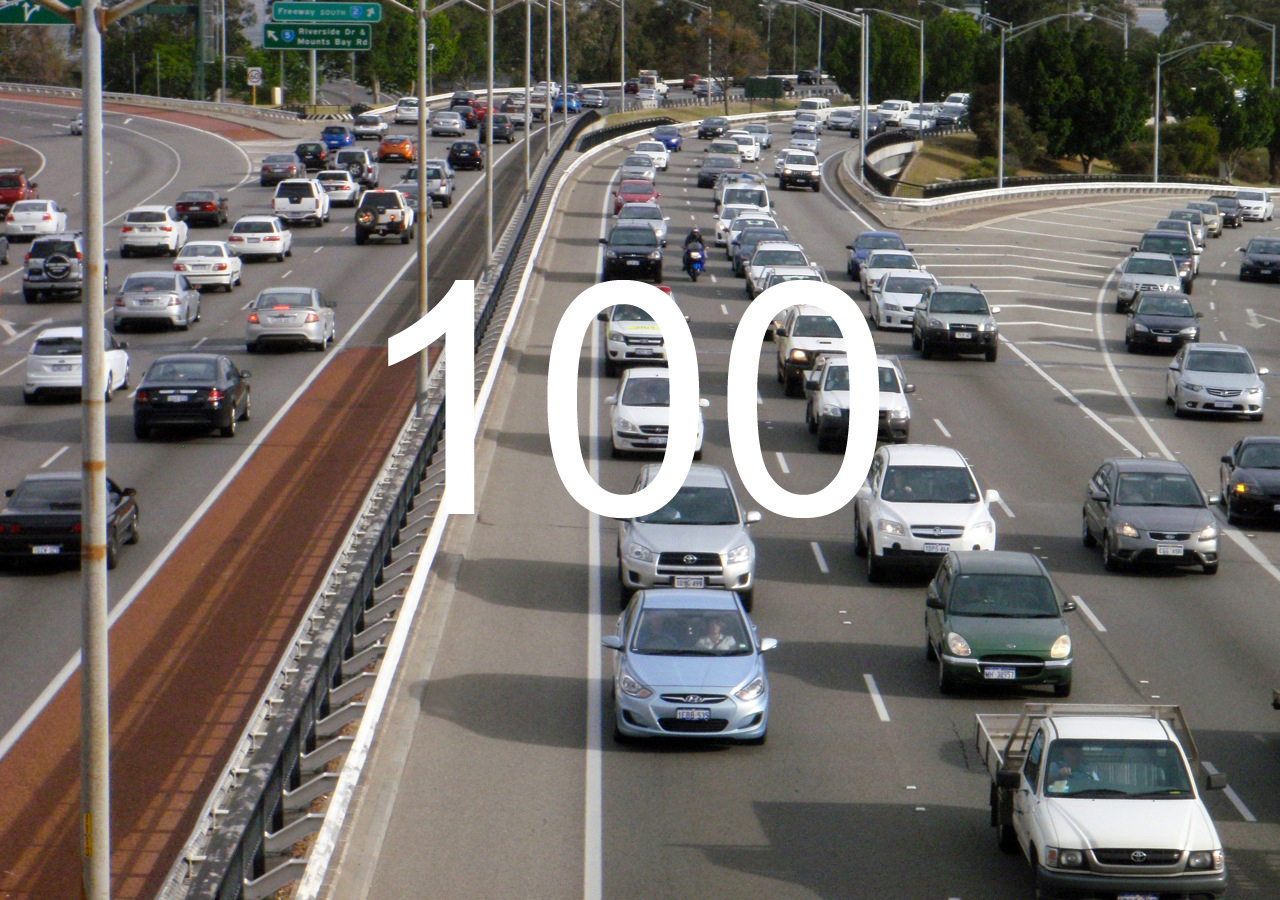 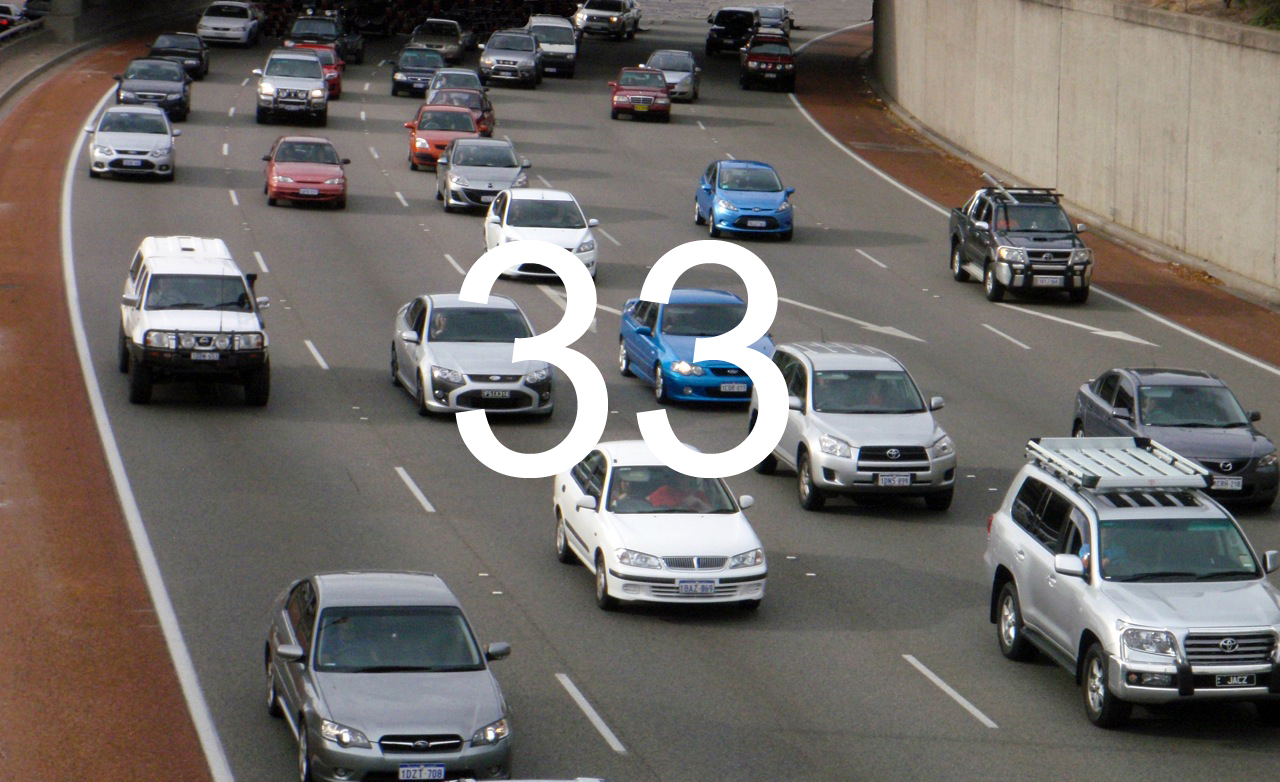 The photographs show what 133 cars look like on the road. The City of Subiaco's outdated planning rules stipulate this is the minimum number that must park in the building. One car for every 40 square metres of office space.

It seems the City of Subiaco also have limited controls in place for how the parking is arranged. If the developers of Westgate had been required to put the parking below ground-level the street-level conditions for pedestrians could have been greatly improved. There is no basement in this building: there is a ground-level off Bagot Road, and another lower ground-level off Railway Road.

This building is 350 metres from the Daglish train station. The number 27 bus stops at the front door and the PSP (bike path) is only 50 metres away. This building has better transport connections than most of the office accommodation in St Georges Terrace, the heart of Perth's central business district.

Westgate in the City of Perth
If the Westgate building was constructed just two kilometres to the east, it would be out of the City of Subiaco and into the City of Perth's local government territory. The City of Perth have a completely different attitude to parking and the effect vehicle movements can have on a community. They stipulate  the maximum amount of parking allowable, not minimums. The calculations for car bays are done on land area and not lettable floor space. And they are much less. I am happy to be corrected, but my interpretation of the CoP parking policy gives a result of just 16 car bays if the Westgate building was over the border. 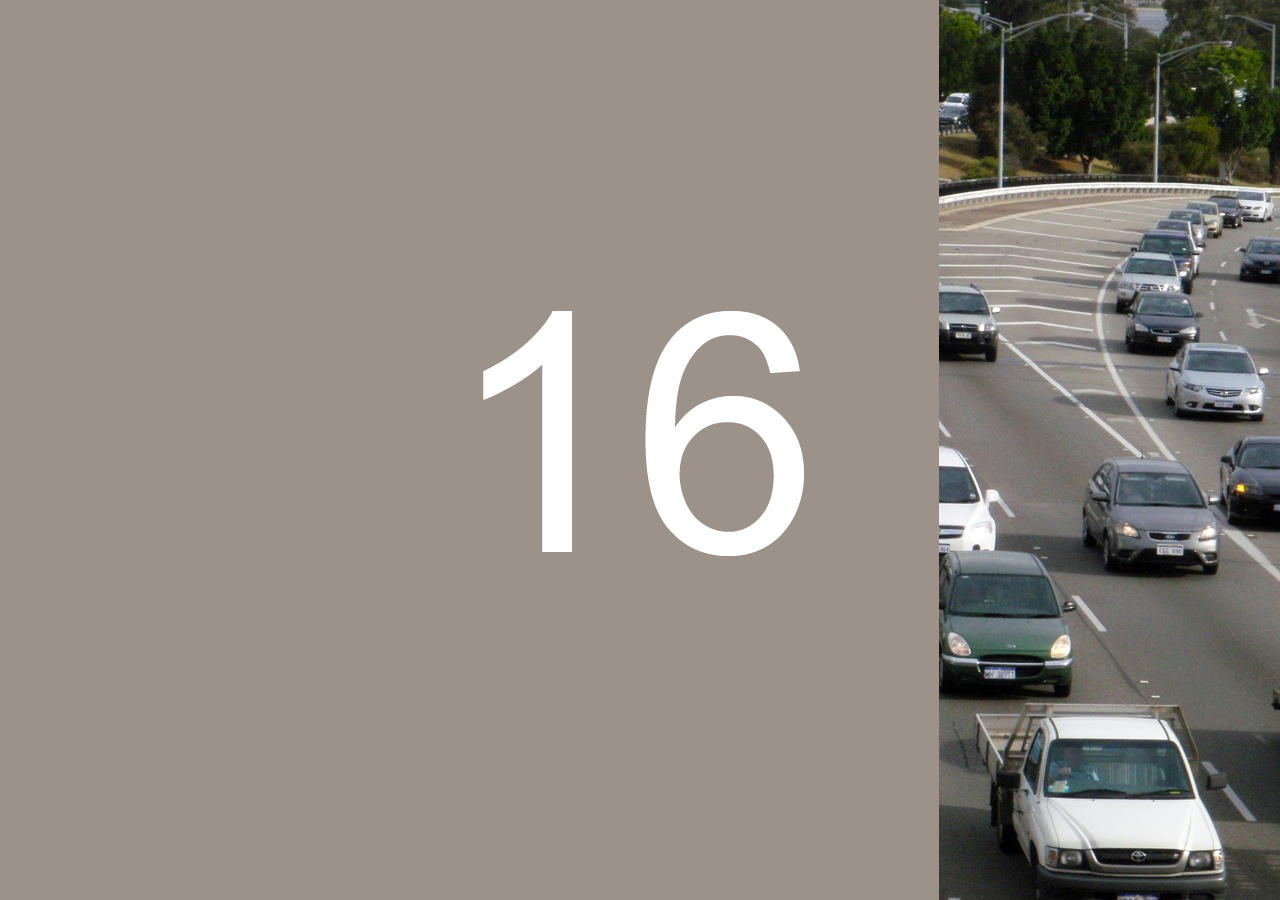 That is a big difference:

Westgate in the Town of Cambridge
Another comparison, which will make you despair if you care about walking. If Westgate was about one kilometre to the north of Subiaco, across the other border into the local government area called the Town of Cambridge, the number of car parking bays required in the same building would be 180. One car space for every 30 square metres of lettable office space.

Developers, if interested, have the ability to plea for a reduction in these numbers but with such a high starting position the negotiations may only give a reduction to levels that are still considered excessive in other local government areas.

For example, the developers of this mixed-use building under construction at 3 Loftus Street West Leederville managed to have the parking requirement reduced from 227 car bays to 129 (ToC council minutes PDF ). 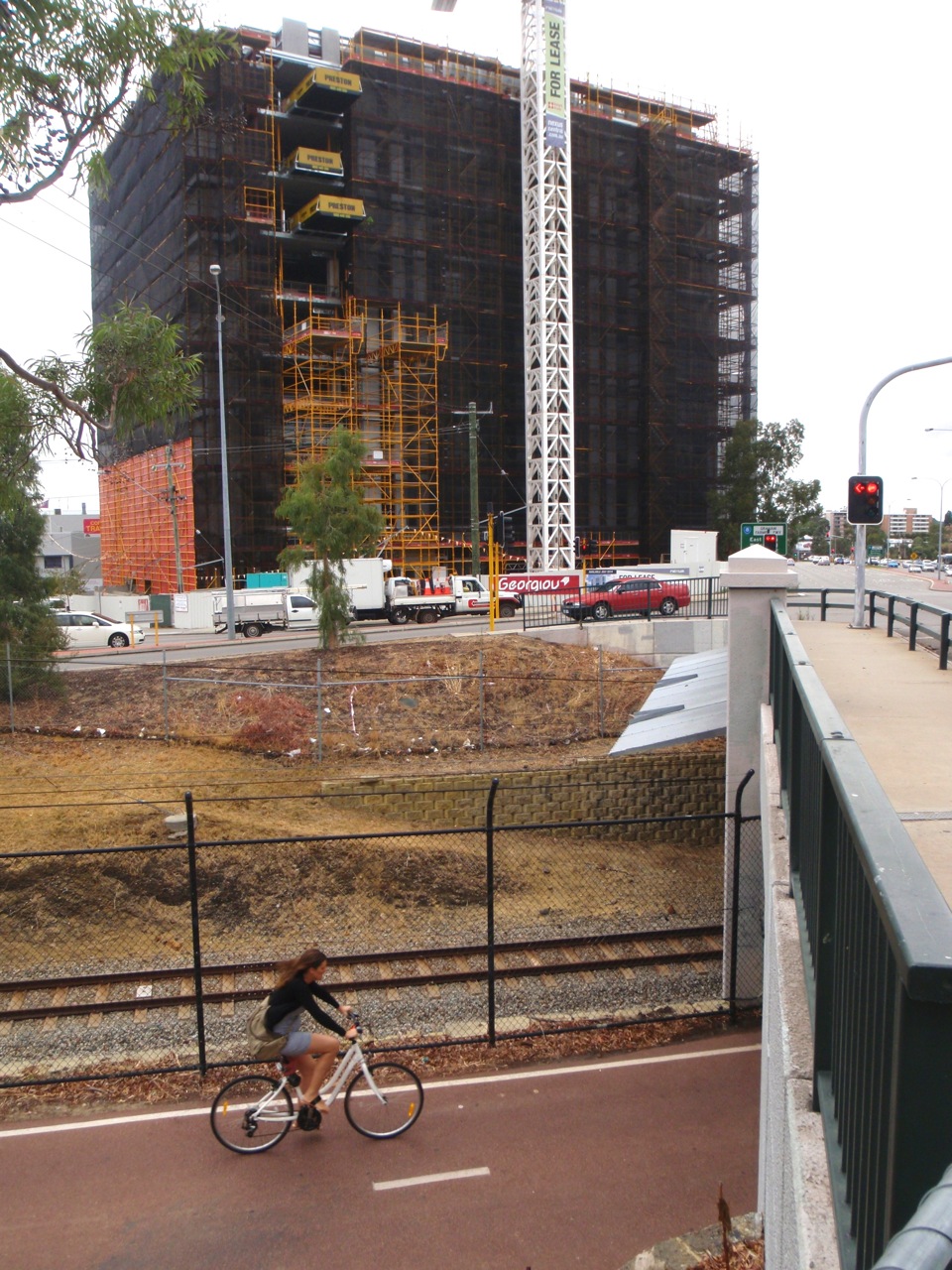 Time to change the planning polices
There are parts of the Town of Cambridge, such as West Leederville, that are just two kilometres from the heart of Perth city. Subiaco is a similar distance. To have such dramatically different planning rules from the City of Perth makes no sense. These inner urban areas are really part of the city. These areas should be setting maximum parking requirements for buildings, not minimum.

Parts of the City of Subiaco look like this: 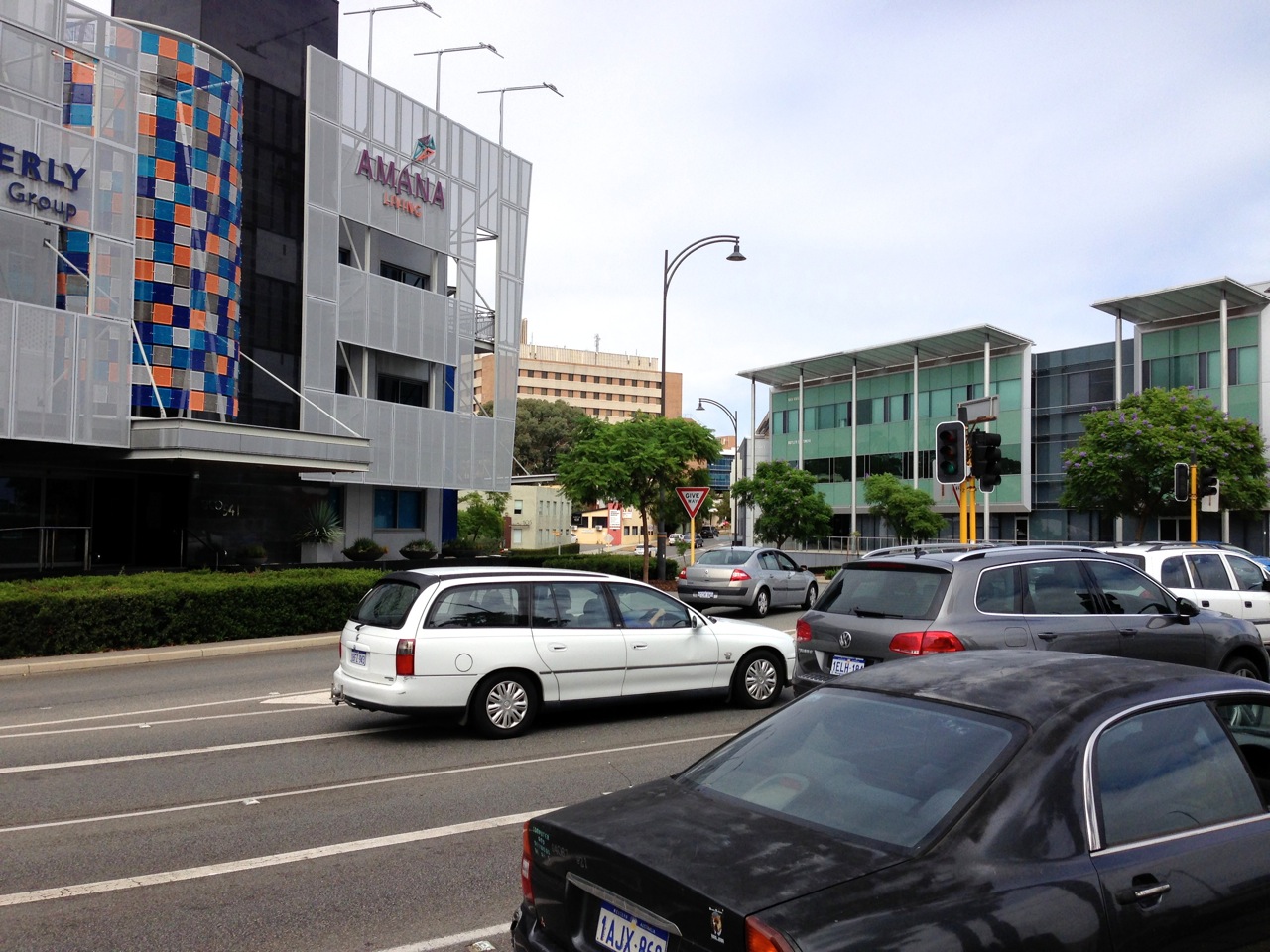 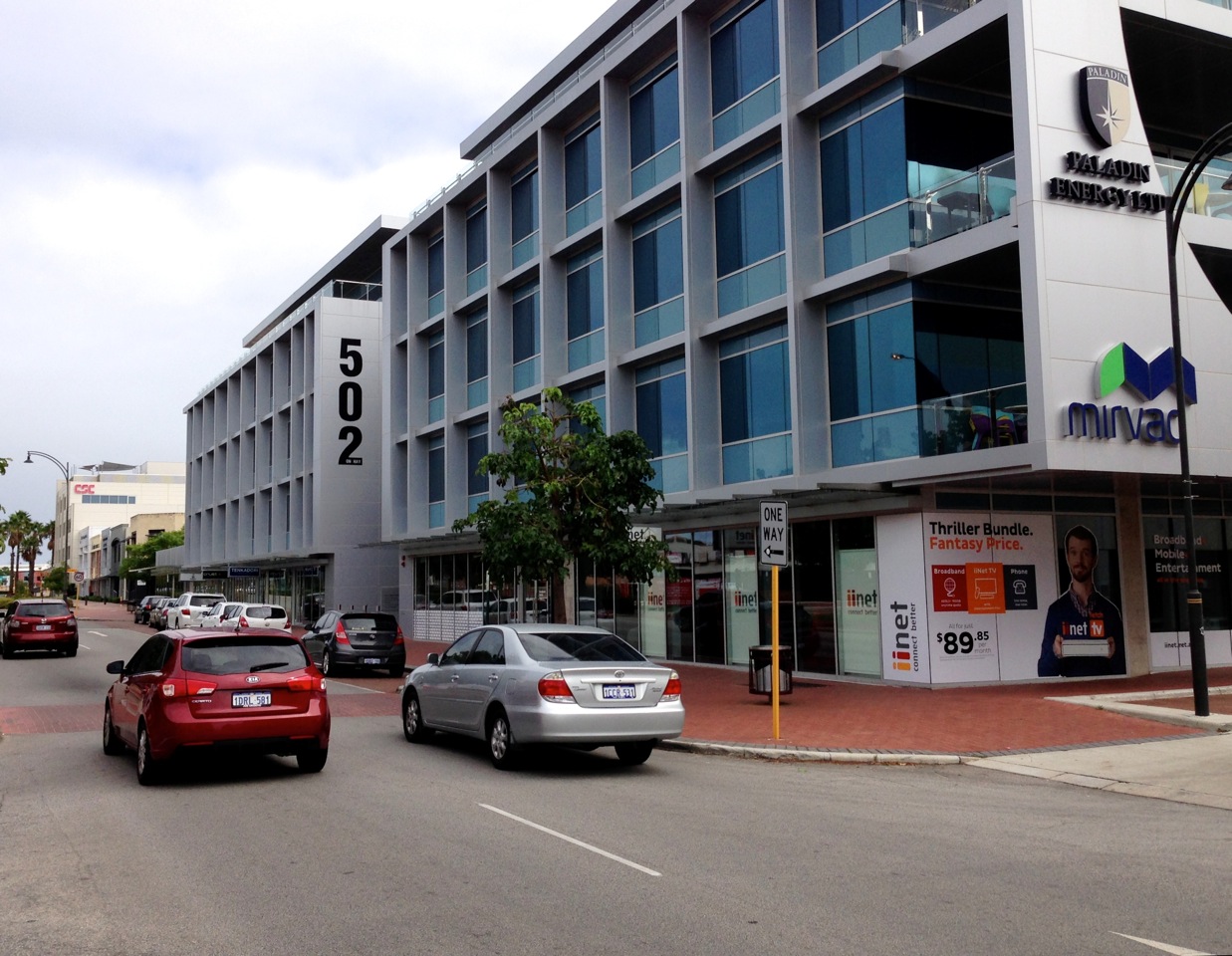 And there are parts of the City of Perth that look like this: 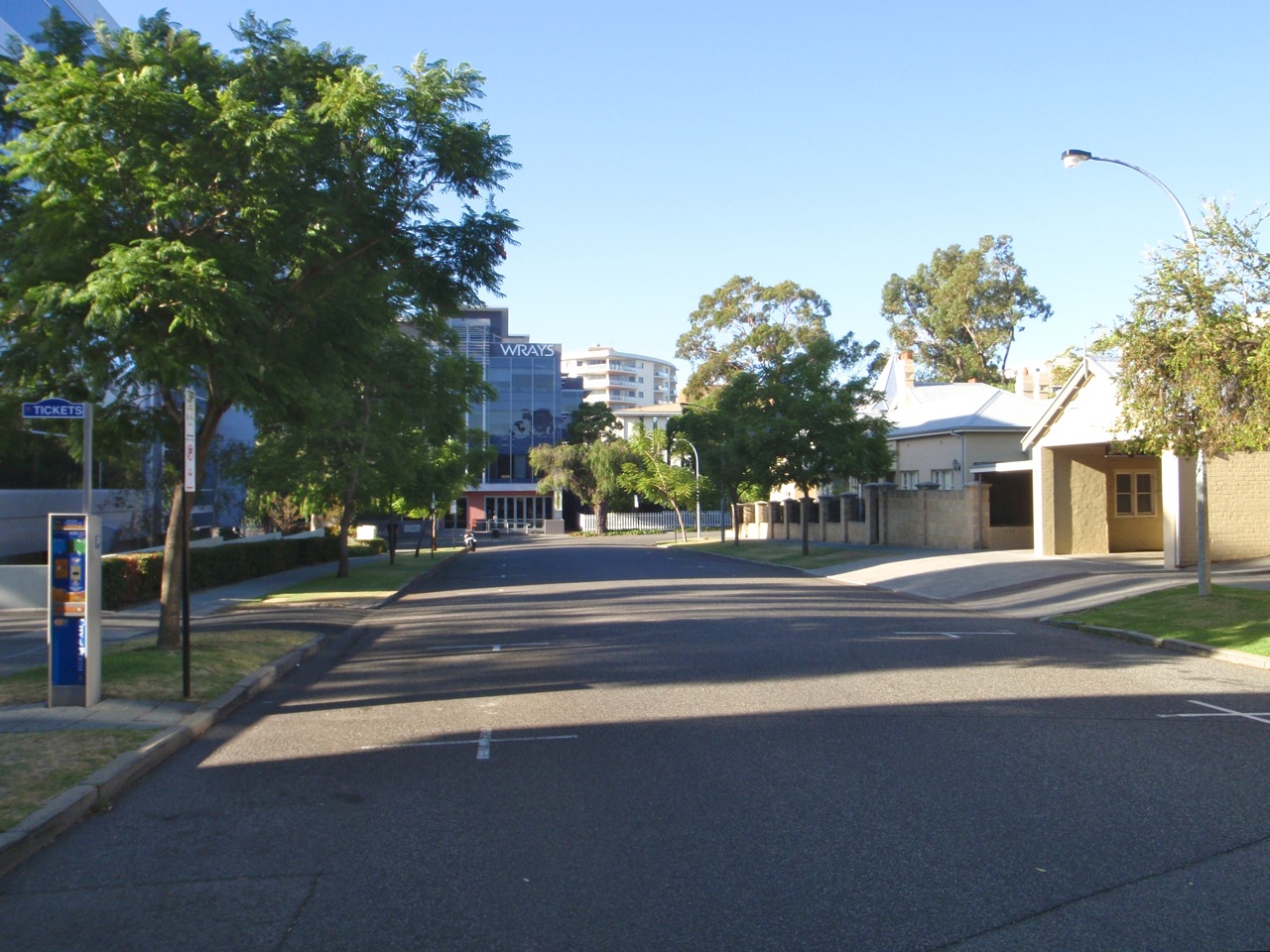 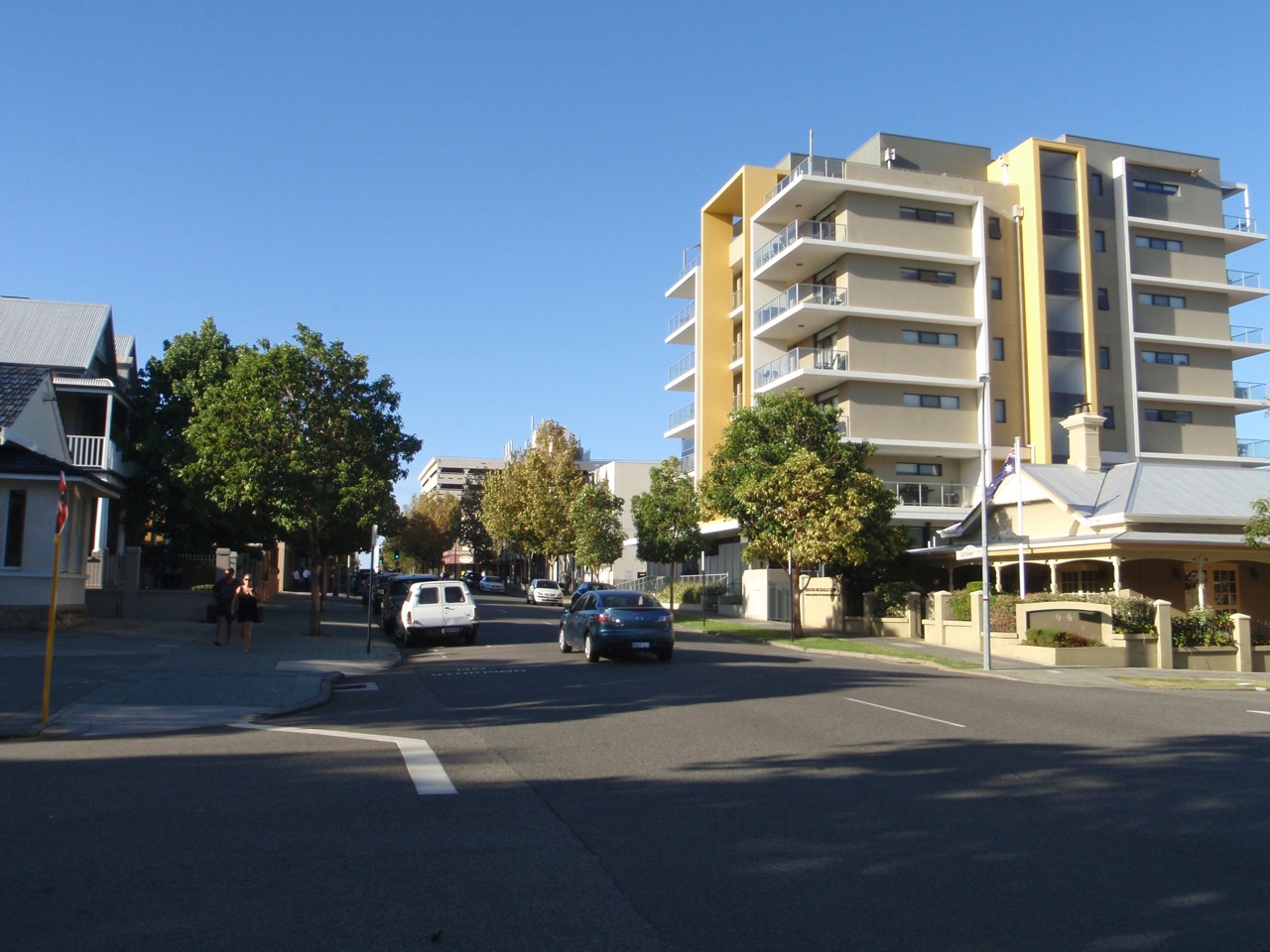 Trying to squeeze a lot of cars into buildings will continue to compromise the design and street scape in ways that are detrimental to pedestrians. We do not have to keep doing it.

If the The Shard was in the City of Subiaco instead of London? With its 110,000 square metres of floorspace it would be required to have a minimum of 2750 car bays.  It has just 47. 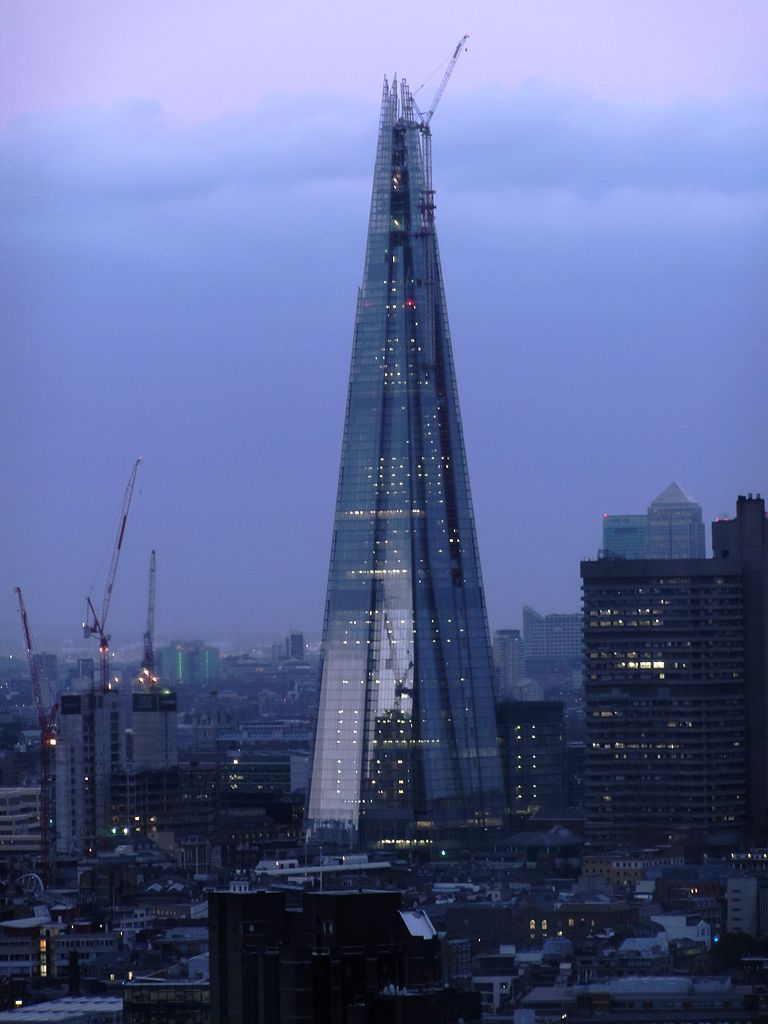